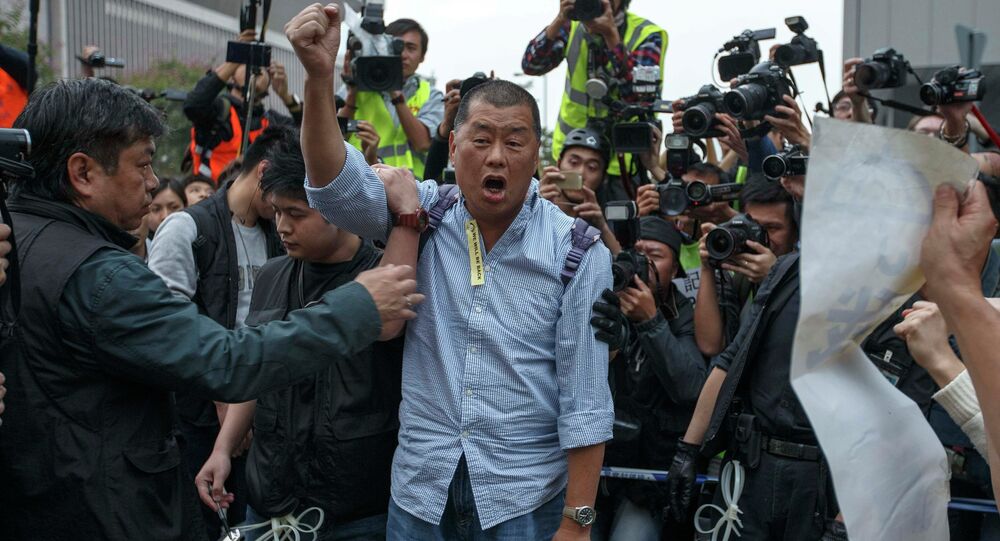 MOSCOW (Sputnik) - Jailed Hong Kong media tycoon Jimmy Lai has been sentenced to another 14 months in prison for his role in organising the unauthorised pro-democracy protest on October 1, 2019, the South China Morning Post reported on Friday.

According to the news outlet, seven other opposition figures were also sentenced to up to 18 months on similar charges.

Lai, the founder of the popular newspaper Apple Daily and a vocal opponent of Beijing, was already sentenced to a year in prison this April over his involvement in similar anti-government protests that took place in August 2019.

The mass protests in Hong Kong started in June 2019 as a reaction to proposed amendments to the city's extradition laws, later growing into a full-blown movement against Beijing's authority. The protests were marked by escalating violence between the opposition and the city's law enforcement. In response to the protests, China adopted a new national security bill that bans separatist, subversive and terrorist activities, along with any form of foreign interference in Hong Kong.