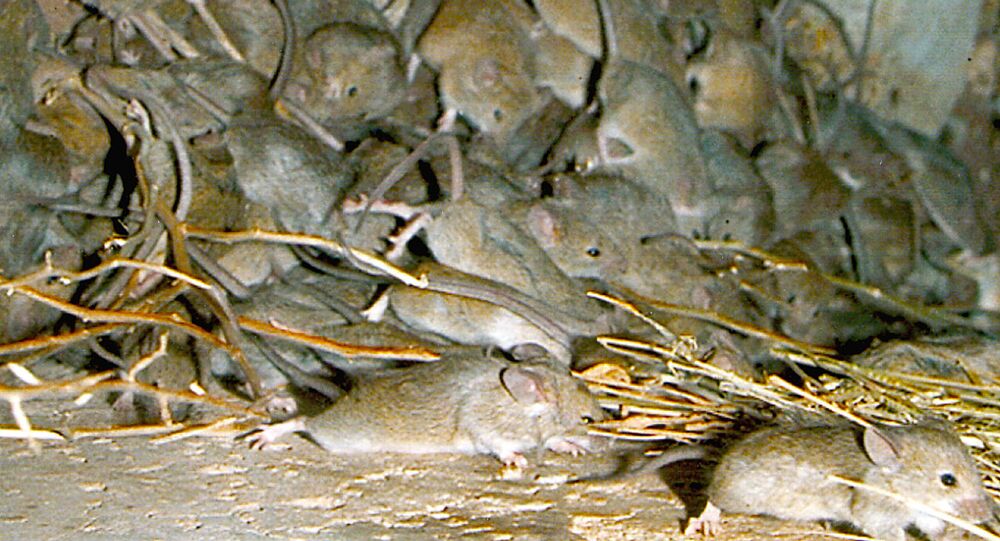 Australia's states of New South Wales and Queensland are at present battling a horrific mouse plague that is destroying the country’s farming industry, and is threatening to reach Sydney, according to a number of reports and videos from the scene.

Millions of rodents have flooded homes, farmhouses, hospitals and schools in Australia’s south-east, polluting places with their excrement and leaving local farmers “devastated” over million-dollar damages to crops and equipment. Some mice are so out of control that they have begun feeding on each other, the NCA revealed.

The mouse plague just gets worse - mice pour out of a temporary silo and into an opportunistic trap near Dubbo. Sarah Pye was horrified by the scene - she says she’s “devastated, disgusted and done.” She says “after such a boomer of a season after drought, to lose it all is awful” pic.twitter.com/6bfzprY67j

Just when you think you stored the warmer rug in a spot the rodents wouldn’t find! They’ve eaten a neat little hole right through and the liner wasn’t spared. Clearly this is nothing on the plague in New South Wales but it sure is a pain. #mice #mouse #notinthehouse pic.twitter.com/Ol3WUnG31h

The plague was caused by copious amounts of rain last year - after a long period of drought - which gave a tremendous boost to the harvest to the great joy of of farmers... and mice.

"We had a really good year last year, a lot of grain. We put a lot of hay in sheds and created these massive mouse hotels," Canowindra farmer Michael Payten told news network CNN.

Australian medical authorities have yet to approve the use of toxic chemicals - such as Bromadiolone - which are effective in killing the rodents.

Although animal rights activists from PETA (People for the Ethical Treatment of Animals) are urging the government not to use poison against the tiny creatures, Australia’s Deputy Prime Minister Michael McCormack is confident: “The only good mouse is a dead mouse.”