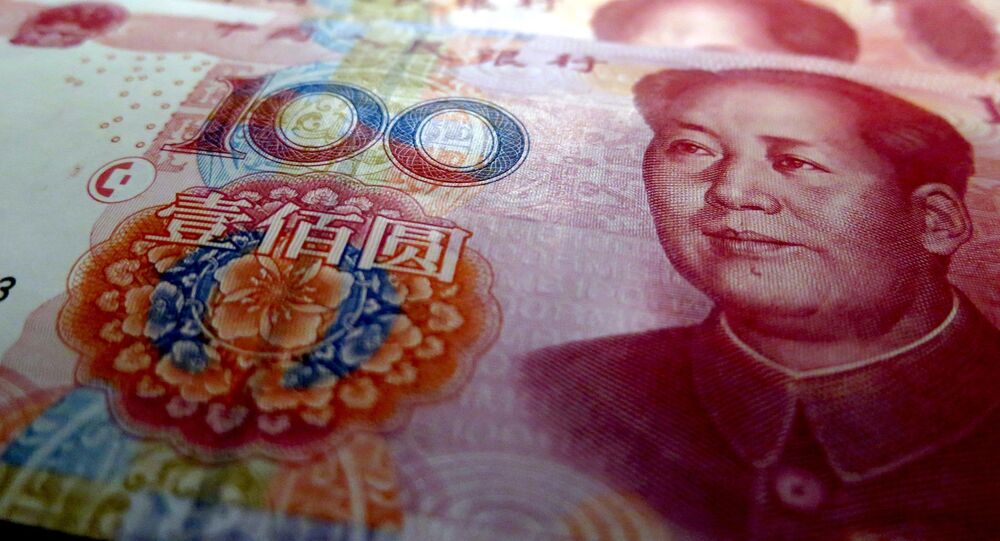 The gains exhibited by renminbi come as China’s GDP in the first quarter of 2021 grew by 18.3% compared to the same period last year.

China's currency has recently displayed its "strongest level" against the US dollar, with onshore-traded renminbi reaching RMB 6.4046 per USD on Tuesday, Financial Times reports.

According to the newspaper, this is renminbi’s highest point since June 2018, as the currency gained over 10 percent during the past year, with factors such as "China’s economic rebound from the Covid-19 pandemic and foreign capital flows into the country" contributing to this trend.

This development, however, reportedly comes as China faces growing commodity prices and a risk of asset bubbles, not to mention that the country’s economy apparently expanded "well below expectations" in the first three months on a quarter-to-quarter basis.

The newspaper also argued that the PBoC sent "mixed messages" regarding the renminbi, with one of their officials allegedly saying in a since-deleted editorial that the country’s currency should be allowed to rise by the central bank in order to deal with higher commodity prices.

PBoC vice-governor also subsequently announced that he "expected the exchange rate to be ‘stable’ naming supply and demand and driven by supply and demand, as well as international market conditions", the newspaper adds.

While China's economic growth slowed down to 2.3% in 2020 due to the effects of the global coronavirus pandemic, the country’s GDP in the first quarter of 2021 grew by 18.3% compared to the same period last year.