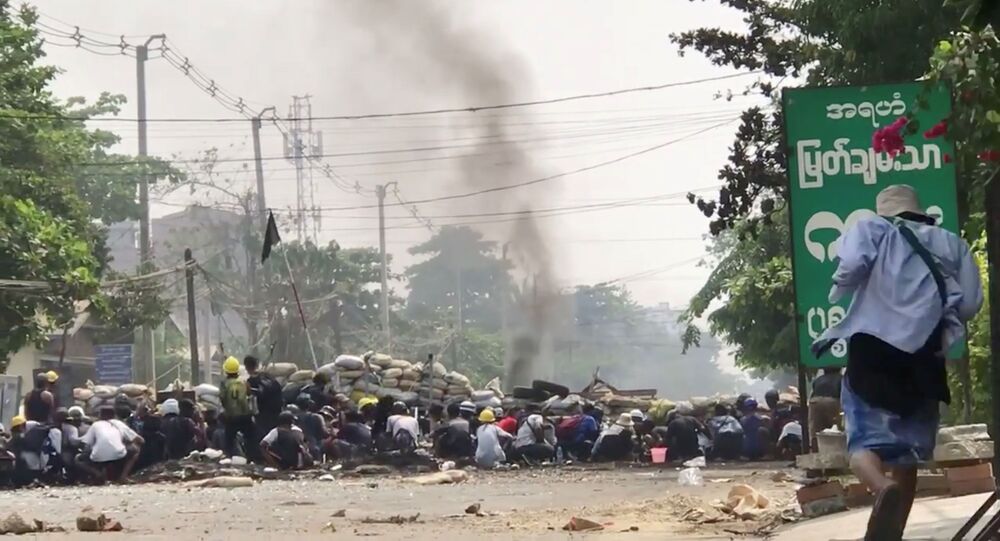 MOSCOW (Sputnik) - Five people, including a former lawmaker, died in Myanmar's Bago region as the result of a blast caused by a makeshift explosive device, the state-run newspaper Global New Light of Myanmar reported on Wednesday, citing police.

According to the news outlet, the explosion took place on Monday as a group of men at a lemon farm in the Pyay Township were testing a homemade mine.

Four people reportedly died on the spot, including a former lawmaker from the National League for Democracy (NLD) political party, which was overthrown in a military coup earlier this year. Two others were taken to a hospital, where one of them later succumbed to his injuries.

The country's security forces are said to have found a wire connected to a coil approximately 20 miles west of the scene, as well as mobile phone parts and batteries.

Home-Made Mine: Explosion Of A Home-Made Mine Test In Pyay https://t.co/yyUYS75FDx pic.twitter.com/nwh55NjgZO

Meanwhile, the pro-opposition Irrawaddy news website reported that the explosive device was put in a parcel and sent to the lemon farm, where ex-NLD Representative U Thet Win Hlaing was in the hiding along with three policemen who joined the resistance movement. All four, as well as the farm owner, were killed by the blast, according to the report.

The Myanmar military overthrew the civilian government and declared a year-long state of emergency on 1 February, which triggered waves of nationwide civil unrest against military rule.