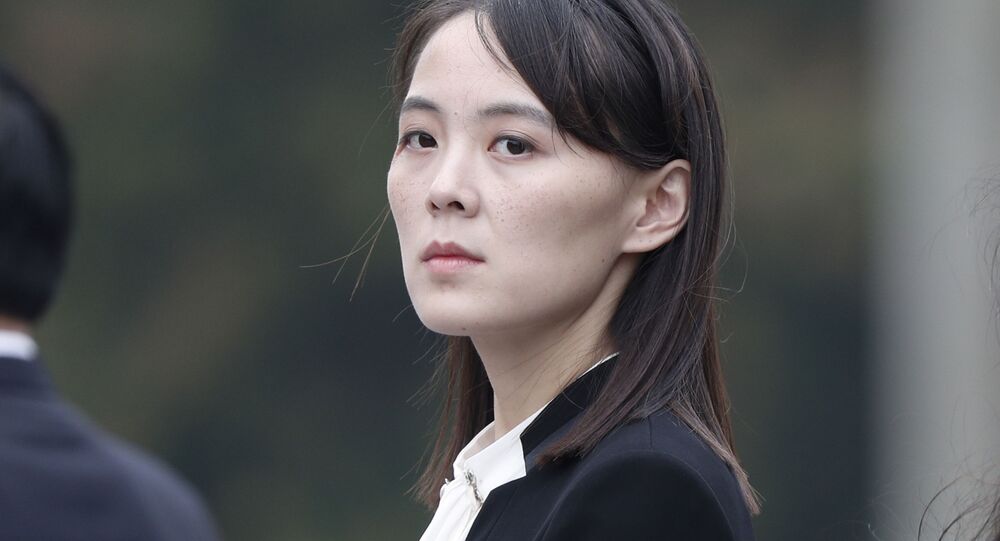 "We regard the manoeuvres committed by the human scum in the south as a serious provocation against our state and will look into an action corresponding to them", she said as quoted by North Korean state media KCNA.

Her message comes after a group called the Fighters for a Free North Korea said they had flown around 500,000 leaflets with 500 booklets and 5,000 $1 bills into North Korea via an unidentified border on 10 balloons even though a ban on sending leaflets across the northern border is in place in the South.

© AP Photo
In this Sept. 19, 2018, file photo, Kim Yo Jong, right, sister of North Korean leader Kim Jong Un, helps Kim sign joint statement following the summit with South Korean President Moon Jae-in at the Paekhwawon State Guesthouse in Pyongyang, North Korea. Kim's prolonged public absence has led to rumors of ill health and worries about how it could influence the future of what one analyst calls Northeast Asia's "Achilles' heel," a reference to the North's belligerence and unpredictable nature.

"We have already seriously warned the South Korean authorities of the consequences to be entailed by their wrong act of giving a silent approval to the human scum's wild moves for North-South relations", Kim added.

The anti-leaflet ban was put in place to defuse tensions between the North and South. Seoul's Unification Ministry urged people in the South to follow the anti-leaflet ban in order to protect the safety and lives of citizens residing in border areas.