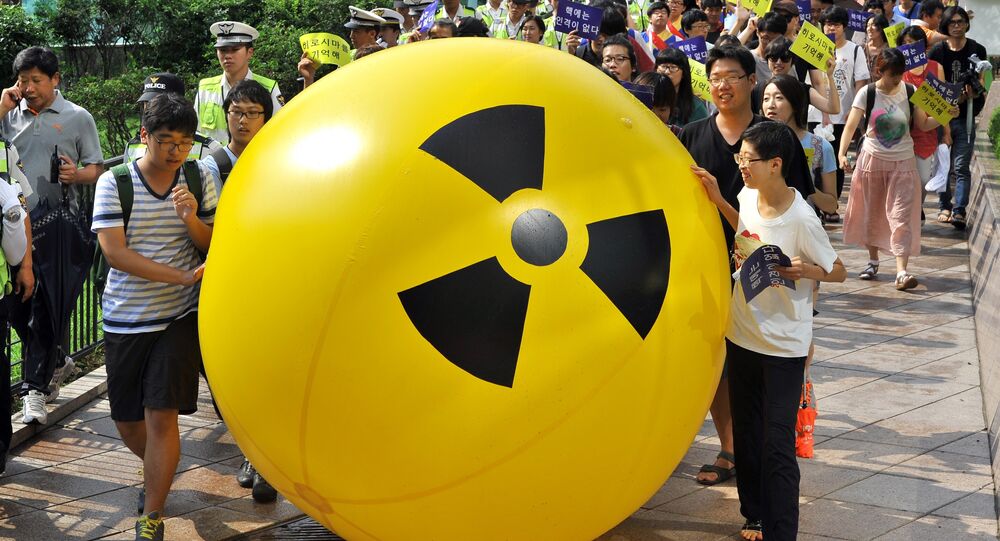 The protest took place right in front of the Japanese embassy in Seoul. Shaving one’s head has been one of the most popular forms of protest in the country for the past few decades. This time it is about nuclear wastewater.

About 30 students gathered near the Japanese embassy in Seoul and shaved their head to protest against Japan’s decision to release nuclear wastewater into the sea.

Although gatherings of more than 10 people are forbidden in the country because of COVID restrictions, authorities did not ban the event. Police reportedly dispersed parts of the crowd, but let the event continue.

South Korean activists are no strangers to shaving their head: in 2016, hundreds of South Koreans shaved their head to protest against the government’s decision to deploy the US THAAD missile system in the country. Two years later, women shaved their head during a mass demonstration of about 40,000 protesting against sexism and hidden cameras in toilets and changing rooms to film women secretly.

© REUTERS / KYODO
‘Take a Sip First’: China Says Japan's Deputy Prime Minister Should Sample 'Safe' Fukushima Water
According to recent reports, Tokyo had finalised its decision to release around 1.25 million tonnes of treated wastewater contaminated by the destroyed Fukushima Daiichi Nuclear Power Plant into the ocean, as the power plant was running out of storage capacity. Despite the concerns of neighbouring states, Japan's leadership repeatedly said there would be no negative effect on the environment or on human health.
...
Reddit
Google+
Blogger
Pinterest
StumbleUpon
Telegram
WhatsApp
70
Tags:
Fukushima, embassy, Japan, South Korea
Community standardsDiscussion