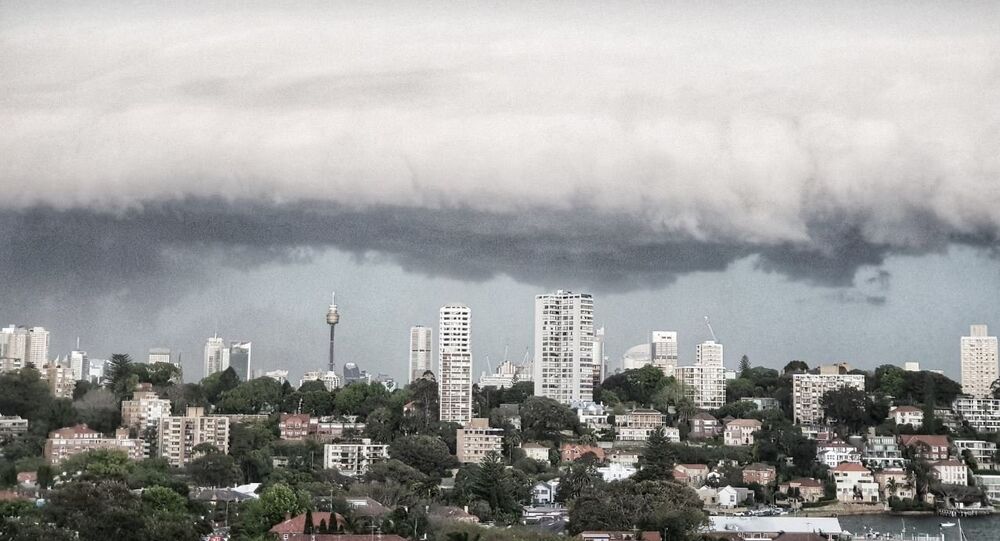 MOSCOW (Sputnik) - Western Australians have been warned to evacuate or batten down as two separate cyclones are headed in the direction of coastal communities, meteorologists warned.

According to 9News, Cyclone Odette started as a tropical low but strengthened into a cyclone on Friday morning and is the seventh such weather event in the Australian region so far this season.

Cyclone Seroja is expected to become a category three storm by the time it reaches Australia on Sunday.

Residents along a 960-mile stretch of coastline have been warned of destructive winds that could reach up to 93 miles per hour as Cyclone Seroja makes landfall, 9News reported, citing meteorological authorities.

It is expected that Cyclone Odette will reach Australia by Saturday night accompanied by heavy rainfall which could even lead to flash flooding and strong winds.

The Bureau of Meteorology has also warned that Cyclone Seroja is due to hit an area south of Australia that is not "accustomed to tropical cyclones, making impacts more significant".

"Tropical Cyclone Seroja has already brought widespread devastation and deaths to parts of Timor Leste state and Indonesia", meteorologist Jonathan How said as quoted by the outlet.

According to How, over the coming days, both cyclones will "strengthen and dumbbell around each other".

The phenomenon is known as the Fujiwhara effect and is very rare. It was last seen in Western Australia in the 1950s and is making the path of the cyclones very difficult for meteorologists to predict.

As Cyclone Seroja continues towards central Australia, severe weather may reach the western region of the country.