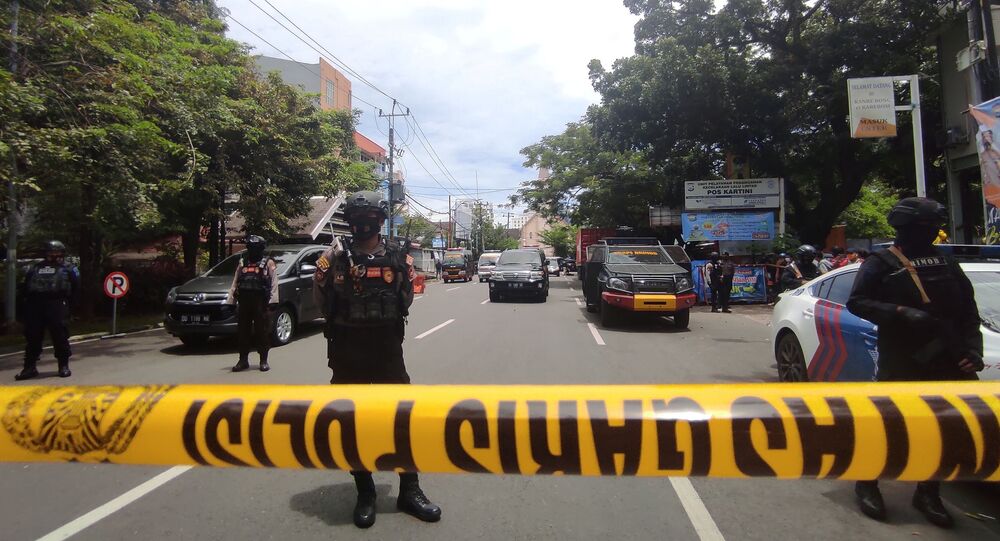 BANGKOK (Sputnik) - Indonesian President Joko Widodo on Sunday firmly condemned the suicide attack outside a church on the island of Sulawesi, calling it terrorism.

The blast hit the gate of the Sacred Heart of Jesus Cathedral in Makassar, the capital of the South Sulawesi province, during Sunday mass. At least 19 people were injured. The Russian Embassy in Indonesia said that the only fatality is believed to be an attacker, according to preliminary information. Two people are suspected of carrying out the attack. The suspects reportedly tried to enter the churchyard on motorcycles but were stopped by security.

"I strongly condemn the act of terrorism at the gates of the cathedral in Makassar. ... Terrorism is a crime against humanity, it has nothing to do with any religious teachings. All religions are against terrorism," Widodo said, as quoted by the ANTARA news agency.

The president added that he had instructed the police that a thorough investigation be conducted.

A similar terrorist attack took place on May 13, 2018, when 15 people and 13 suicide attackers died in bombings at three churches during Sunday services in the city of Surabaya in East Java. The Jamaah Ansharut Daulah, an affiliate of the Daesh* terrorist group, claimed responsibility for the attack.