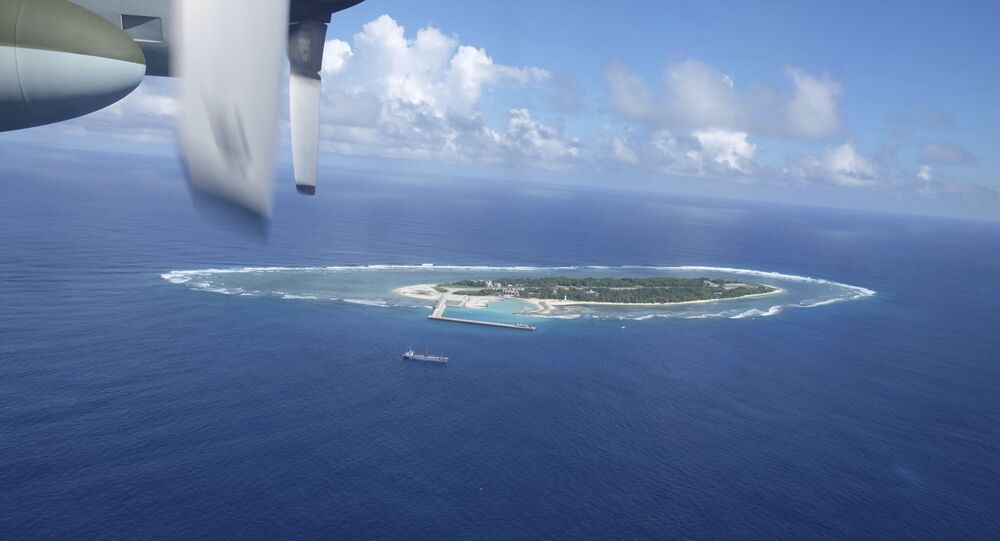 MOSCOW (Sputnik) - The Philippines will deploy additional naval ships to the disputed South China Sea, referred to as the West Philippine Sea by Manila, to step up maritime sovereignty patrols amid a fresh standoff with China, the official news agency PNA reported on Thursday.

Over the past weekend, the Philippine Coast Guard said about 200 vessels believed to be part of the Chinese maritime militia were seen attached in a line formation in the Whitsun Reef in the South China Sea. The Philippines logded a diplomatic protest over the issue and demanded these vessels leave the area. Beijing, in turn, denied that the boats belonged to the maritime militia.

© AFP 2021 / STR
US Vowed to Help Manila Tackle Possible Armed Attack in S China Sea, Philippine Envoy Says
According to a spokesperson for the country's armed forces, Edgard Arevalo, the measure is meant to reassure the Filipino people that the military remains committed to protecting them.

"By the increased naval presence in the area, we seek to reassure our people of the AFP's strong and unwavering commitment to protect and defend them from harassment and ensure that they can enjoy their rights over the country's rich fishing ground which is the source of their livelihood", Arevalo was quoted as saying.

The Asia-Pacific region is home to several territorial disputes: in the South China and East China seas that involve Brunei China, Japan, Malaysia, the Philippines, Taiwan, and Vietnam. China considers the Spratly archipelago to be its territory, despite a ruling by the Hague-based Permanent Court of Arbitration that said there was no legal basis for China's maritime claims. The arbitration proceeding was initiated by the Philippines in January 2013.