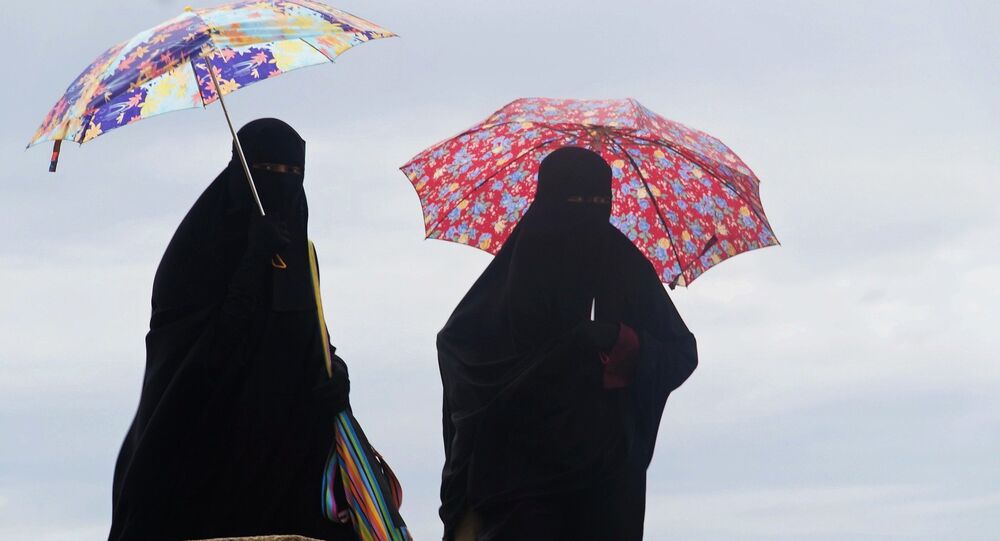 Commenting on the impending burqa ban, Sri Lanka’s Minister of Public Security Sarath Weerasekara argued that the garment “has a direct impact on national security”.

Authorities in Sri Lanka have announced their intent to ban the wearing of burqas in the country.

According to AP, Sri Lanka’s Minister of Public Security Sarath Weerasekara said that he has signed a paper seeking the approval of the Cabinet of Ministers to ban burqas, insisting that the garment in question "has a direct impact on national security".

"In our early days, we had a lot of Muslim friends, but Muslim women and girls never wore the burqa," Weerasekara said. "It is a sign of religious extremism that came about recently. We will definitely ban it."

The minister also said that the government is going to ban over 1,000 Islamic schools, known as madrassas, arguing that they are not registered with the authorities and do not follow the national education policy.

© Photo : Pixabay
Will Switzerland Forbid Face Veils in Public? All You Need to Know About 'Burqa Ban' Referendum

In 2019, the wearing of burqas in Sri Lanka was temporarily banned following the deadly terrorist bombings in churches and hotels that claimed the lives of over 260 people on Easter Sunday that year.

As the media outlet points out, Muslims comprise approximately 9 percent of Sri Lanka’s 22 million population, with Buddhists accounting for over 70 percent and ethnic minority Tamils, "who are mainly Hindus", comprising about 15 percent.