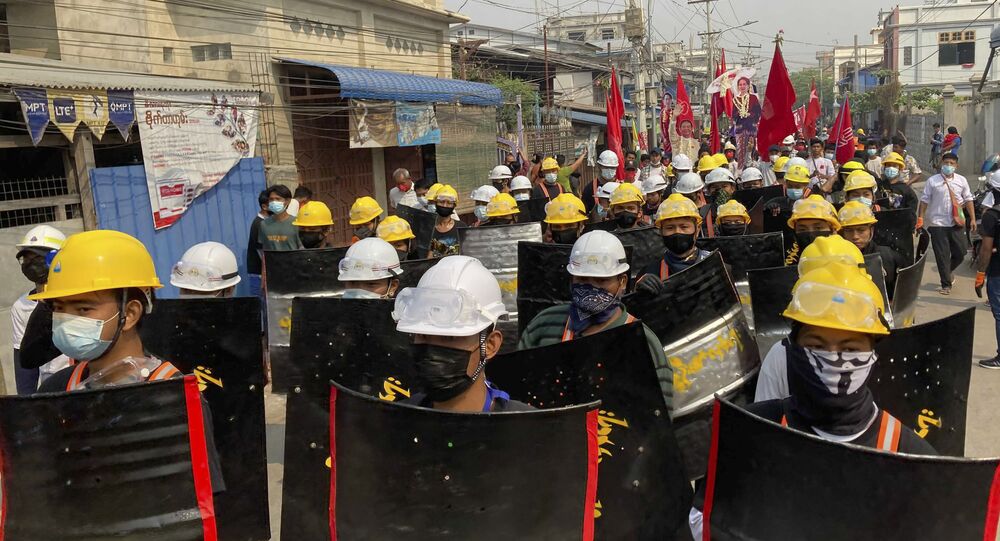 MOSCOW (Sputnik) - Two protesters were killed on Monday in the Burmese city of Myitkyina, as the nationwide demonstrations against the 1 February military power grab continue to rock the country, the CNA broadcaster reported.

Photos circulating on social media show the bodies of two men lying on the ground. According to the media outlet, citing witnesses, they were shot in the head. Police used tear gas and stun grenades during the protests.

"How inhumane to kill unarmed civilians", the witness said, as quoted by the broadcaster, adding, "We must have our right to protest peacefully."

The demonstrators across Myanmar are taking to the streets to paralyse the economy with strikes. Businesses, factories, and banks are closed in the city of Yangon.

On 1 February, the Myanmar military overthrew the civilian government, having accused the ruling National League for Democracy party of participating in election fraud, and declared a year-long state of emergency. The military detained President Win Myint along with a number of other senior officials. According to the UN estimates, police and security forces have killed over 50 people since the junta came to power.