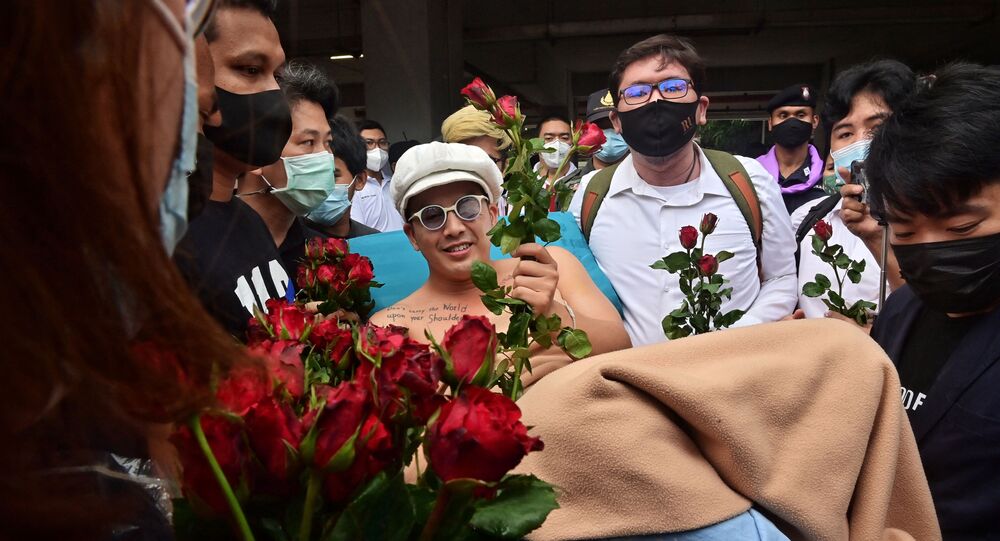 On 28 February, a group of protesters, including the arrested singer, rallied in front of a Bangkok prison in which four prominent political activists have been jailed. The police used rubber bullets, tear gas and water cannons to disperse the crowd. Chai-amorn then set fire to the king's portrait, the Bangkok Post news portal said.

The police claim to have evidence and witnesses linking the singer to the offence and other perpetrators are yet unidentified.

"The burning of the royal portrait was done by me and I am solely responsible, the movement is not involved," the singer posted on his band's Facebook page, the news said.

Chai-amorn confessed that his action was foolish and was caused by his frustration at being unable to help the detained activists, the news agency cited him as saying.

Currently, the singer is being charged with arson, insulting the king, trespassing on government property and computer crimes. If found guilty, he will face a sentence of up to 15 years in prison for slander and additional penalties for other offenses.

Earlier in the day, the news reported that Chai-amorn was receiving medical treatment for an injury unrelated to his arrest. However, his lawyer stated that a request for bail was rejected by the court.

The country has been gripped by protests against the military-backed government of Prime Minister Prayut Chan-ocha since 2019. Pro-democracy protesters have been clamoring for reform of the monarchy and demanding that the king give up direct control over the army. The legal aid group Thai Lawyers for Human Rights said that over 61 people have been subsequently charged with insulting the king under the lese majeste law.