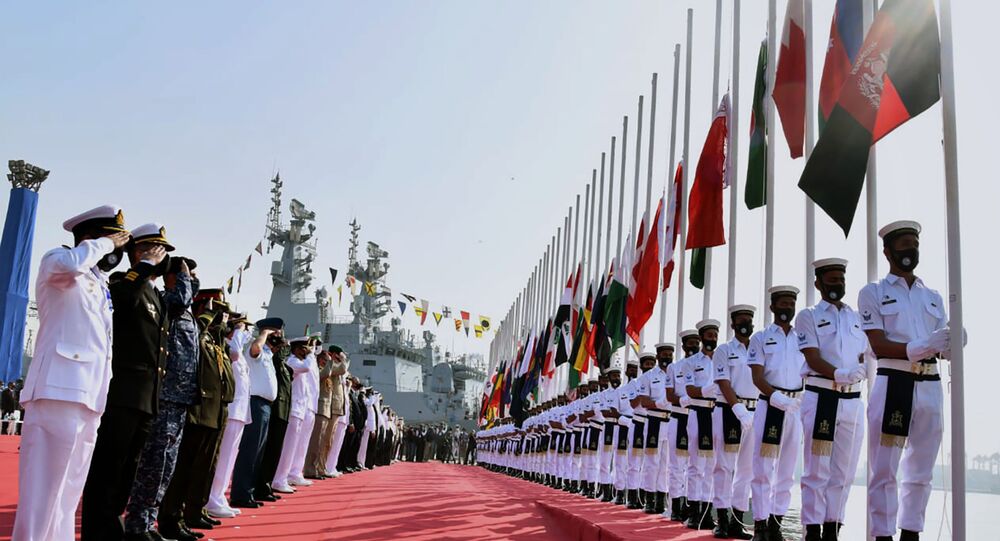 A maritime counter-terrorism demonstration by Pakistani forces and an impressive international bands display by ensembles of the participating countries at the AMAN 2021 Multinational Maritime Exercise was witnessed by a large number of observers, foreign diplomats, personnel and senior officials from the participating navies near Pakistan's port city of Karachi, a Sputnik correspondent reported on Sunday.

Maritime security dynamics and the collaborative efforts for peace and maritime security in the region were discussed during the events, according to a press release issued by the Pakistani navy.

The AMAN 2021 drills in the Arabian Sea is the 7th edition of the multinational exercise held in Pakistan every two years since 2007. This year, the event is running from 11-16 February and involves navies of 45 countries, including Russia, China, NATO nations, as well as ASEAN and African Union member states.