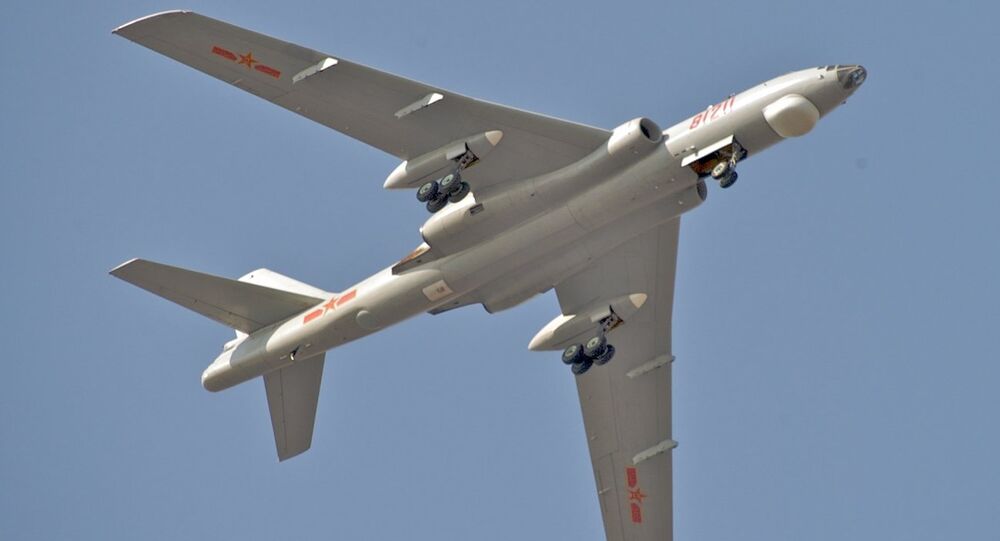 The People's Republic of China and the Republic of China (the island nation better known as Taiwan, which Beijing considers to be a renegade province) have overlapping air defence identification zone claims in the East China Sea, with this overlap regularly sparking tensions.

The Taiwanese military has reported the presence of eight People's Liberation Army Air Force (PLAAF) bombers, four fighters and an anti-submarine warfare aircraft in its air defence identification zone (ADIZ) on Saturday, and said that Taiwan Air Force missile defence systems had been deployed to 'monitor' the PLAAF planes.

The aircraft were said to consist of eight H-6K bombers, four J-16 fighters, and a Y-8 ASW aircraft.

"Airborne alert sorties had been tasked, radio warnings issued and air defence missile systems deployed to monitor the activity," the ROC Ministry of National Defence said in a statement.

The military also provided a map of the area of 'intrusion', which shows reported flight paths of aircraft flying off the Chinese mainland, roughly 300-350 km off the island of Taiwan and closer to the PRC itself.

Taiwan and China have competing ADIZ claims, with Taipei reporting earlier this month that it had recorded 380 'incursions' by Chinese aircraft into its ADIZ in 2020.

In the East China Sea area, the PRC's ADIZ runs mostly along the country's coast, extending beyond that in the north, near Japan. The ROC's ADIZ, meanwhile, surrounds the island, and cuts deep into mainland China. Along with Taiwan, China's ADIZ overlaps with those of South Korea and Japan, with this situation regularly resulting in increased tensions between the Asian nations, including military aviation from the countries and their allies simply ignoring the ADIZ claims. Taiwan's ADIZ was formulated by the United States military after World War II.

Beijing considers Taiwan a wayward province and hopes to see the island unify with the PRC at some point in the future. The ROC, long governed by Chinese nationalist forces which fled to Taiwan after the end of the Chinese Civil War in 1949, rejects the claims, and lays claims of its own to all of mainland China, Mongolia, and territories belonging to Russia, Tajikistan, Pakistan, Afghanistan, Japan, India, Bhutan, and Burma. In 1971, the UN expelled the ROC (Taiwan) and transferred China's seat to the People's Republic of China (PRC).