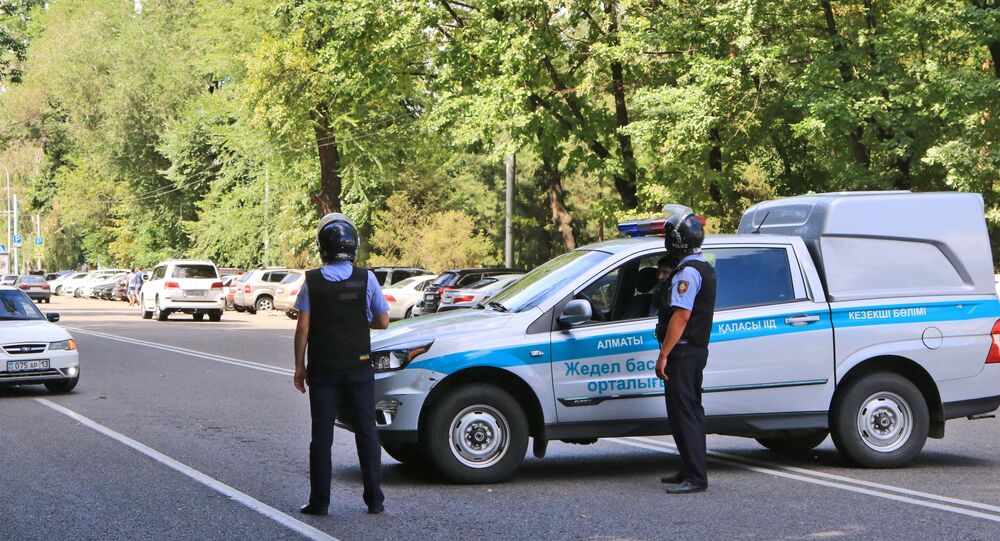 ALMATY (Sputnik) - Kazakh police are trying to prevent a protest rally in the centre of the biggest city of Almaty and have detained several demonstrators as the country goes to the polls on Sunday to elect its new parliament and local legislative bodies, a Sputnik correspondent reported.

Police officers have surrounded several dozen protesters at the city’s Republic Square near the Independence Monument and detained several people who tried to join the main group of demonstrators.

Protesters are chanting calls for a boycott of the election.

Previously, a number of political forces, including the unregistered Democratic Party of Kazakhstan, the Oyan, Qazaqstan! (Wake up, Kazakhstan) movement, as well as the Democratic Choice of Kazakhstan movement, which has been banned by a Kazakh court as an extremist one, announced plans for election day protests.

Earlier in the day, President Kassym-Jomart Tokayev told reporters that protest sentiment exists all over the world. He pledged that police would behave in strict accordance with the law and would not take repressive measures against dissenters.

As of 2 p.m. local time (08:00 GMT), the turnout in the Kazakh elections has totalled 43.9 percent, according to the central election commission.