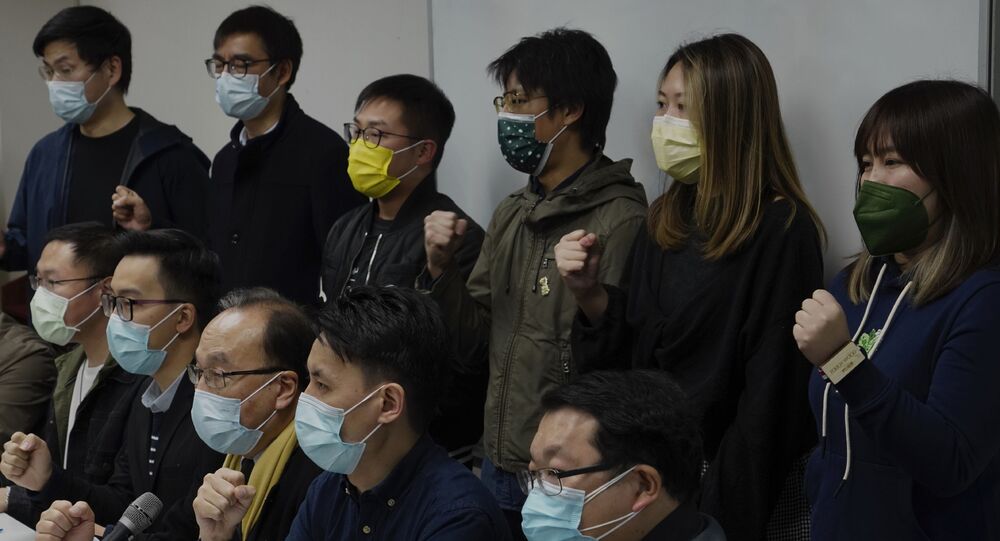 BRUSSELS (Sputnik) - The European Union is concerned about the arrests of more than 50 opposition activists in Hong Kong and urges China to release them, a European Commission spokesman said Wednesday.

"As the EU, we call upon China to immediately release the people who have been arrested", Peter Stano told reporters during a daily press briefing.

He said the arrests under China’s controversial national security law, which punishes subversion and separatism, sent a clear signal that political pluralism was no longer tolerated.

​The official reaffirmed the UK’s support for Hong Kongers, pledging that London would continue to offer holders of British National Overseas passports the right to live and work in the country.

The activists were detained on Wednesday on suspicion of plotting to force Hong Kong’s chief executive Carrie Lam to step down and paralyse the work of the semi-autonomous territory’s government.

The national security law was enacted in Hong Kong, a former UK colony, in late June.

Beijing and the Hong Kong government argue that the new law only serves the purpose of safeguarding China's national security, while respecting people’s liberties as well as the city’s special status. But a large number of countries in the West view the new law as undermining Hong Kong’s autonomy, which Beijing pledged under the joint declaration with the UK in 1984.