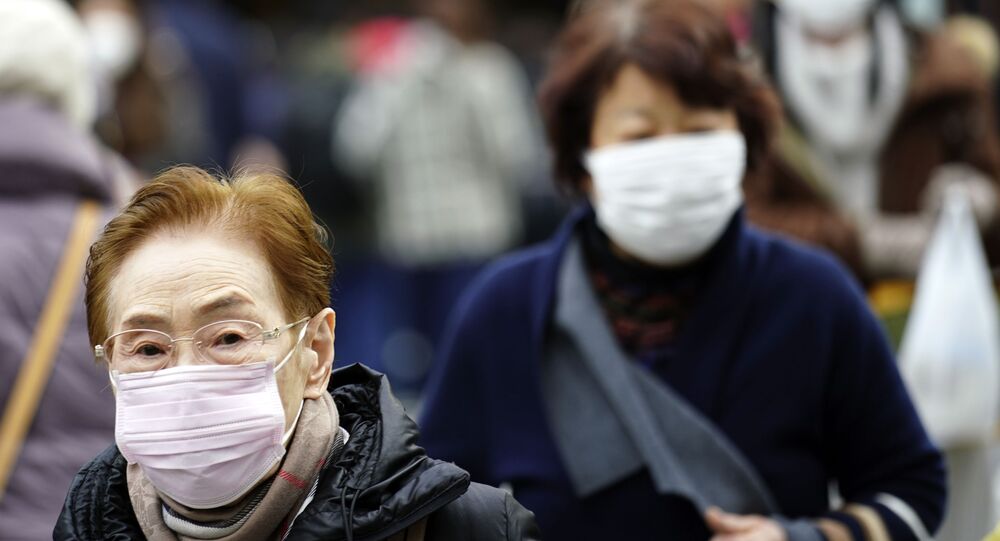 TOKYO (Sputnik) - The first case of the new coronavirus variant found in South Africa has been confirmed in Japan, The Japan Times reports.

A woman who arrived from South Africa to Japan on December 19 and tested positive for COVID-19 turned out to be infected with the new 501.V2 strain, the newspaper said on Tuesday.

According to Japanese media reports, another six cases of the new coronavirus strain that emerged in the UK earlier this month have been confirmed in Japan. Japan now has a total of 15 cases of new coronavirus variants.

Japanese Prime Minister Yoshihide Suga announced on Monday that Japan was banning the entrance of non-resident foreigners from most countries until the end of January to protect citizens amid the spread of new coronavirus strains.

The US embassy in Japan warned on Monday that foreign travelers who were present in certain designated areas, such as the United Kingdom and South Africa, within 14 days or arrival in Japan may not be permitted to enter the country regardless of purpose.

Earlier this month, UK health officials announced that the country had identified a new variant of the coronavirus that spreads faster than other strains. Many countries have suspended passenger travel to and from the United Kingdom in a bid to prevent the import of the new virus strain.