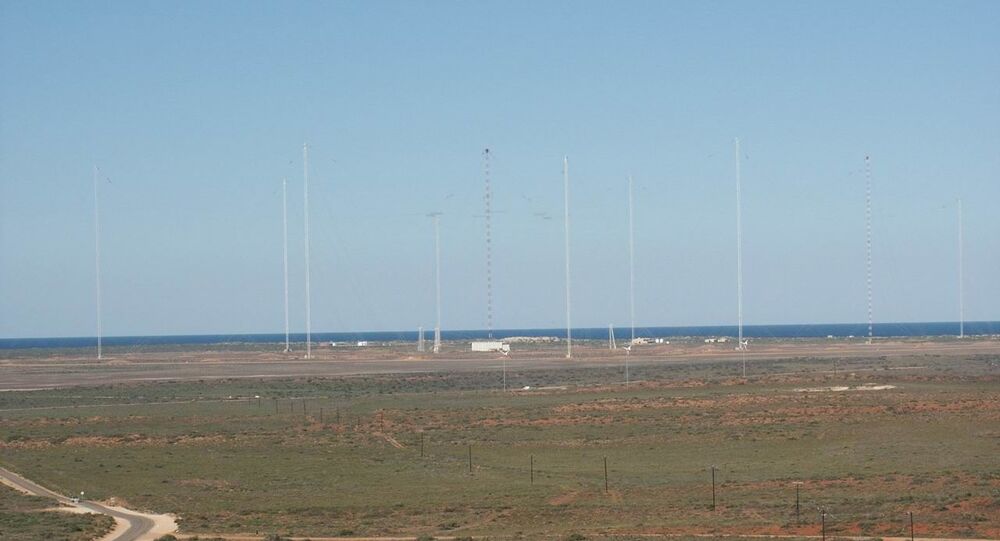 Despite its unusual appearance when viewed from above, the installation is man-made, not extra-terrestrial, and provides radio transmission to Unites States Navy and Royal Australian Navy ships and submarines in the maritime regions of the western Pacific Ocean and the eastern Indian Ocean.

A peculiar discovery stirring the interest of a number of social media users was recently made by Victoria Hammond, a mother of two from Queensland, who spotted a strange-looking formation on Australia's western coastline.

The feature in question, dubbed an "alien-like 'hexagon'" by the Daily Mail, looks,  viewed from above, like a plot of land featuring buildings connected by some sort of horizontal lines.

When Hammond asked her social media network what her find could be, the identity of the enigmatic shape soon became apparent: Naval Communication Station Harold E. Holt, located six kilometers north of the town of Exmouth.

"Fun fact, it is one of the biggest in the world. They produce their own power and treat and make their own water too", one netizen remarked.

"We always tease my mate because he is a groundsman who maintains the towers and surrounds. We always say that's just what you tell us, but secretly you are in a secured office beaming messages out of space to Russia", added another.

According to the newspaper, the station "provides radio transmission to the Unites States Navy and Royal Australian Navy ships and submarines in the western Pacific Ocean and eastern Indian Ocean".