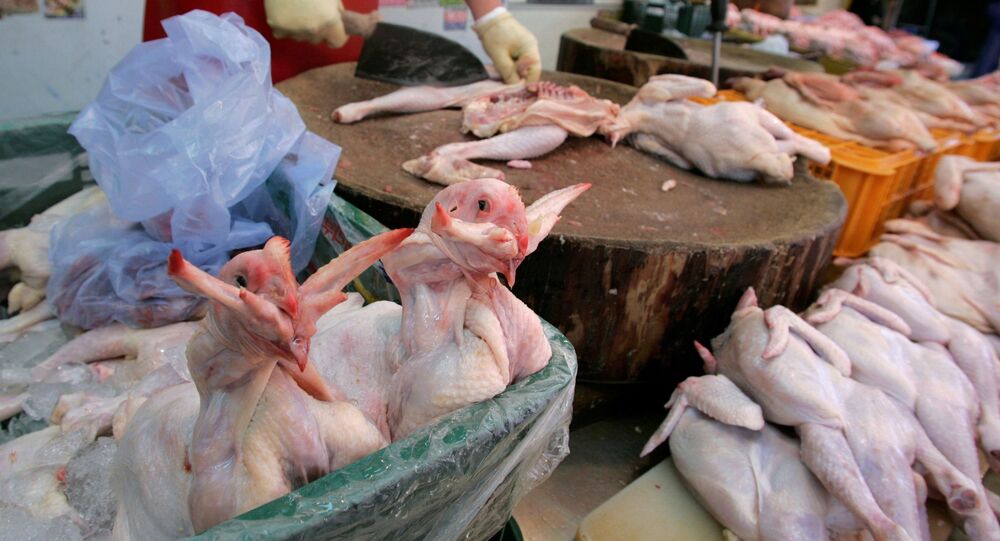 TOKYO (Sputnik) – Some 146,000 chickens will be exterminated in the Japanese prefecture of Hyogo, which became the third region hit with this disease, Japan's media reported on Thursday.

The authorities have also introduced a quarantine for a 10-kilometer (over 6-mile) area, where the movement of chickens and eggs will be banned, the Kyodo news agency reported.

The highly pathogenic H5 flu was first detected at a bird farm in the prefecture of Kagawa, where nearly 4,000 chickens died between November 1 and 4. Since then, seven more outbreaks have been detected in the region, and the authorities ordered the extermination of hundreds of thousands of chickens.

On Wednesday, one more outbreak was detected in Fukuoka Prefecture.

Earlier, an outbreak of the H5N6 bird flu was registered in the southwestern Chinese province of Sichuan. Out of 2,497 domestic birds, 1,840 were infected and died.