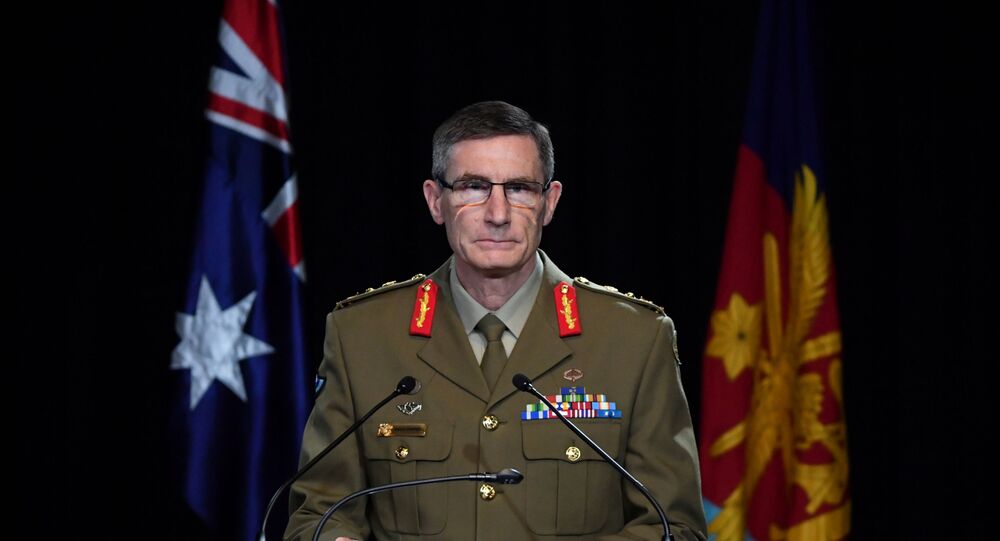 Australian Prime Minister Scott Morrisson called his Afghan counterpart, President Ashraf Ghani, to apologise and "expressed his deepest sorrow over the misconduct by some Australian troops in Afghanistan".

Chief of the Australian Defence Force (ADF), General Angus Campbell, revealed on Thursday that a war crime report provided "credible information" that some members of the Australian Special Air Services (SAS) were involved in multiple brutal killings of non-combatants, or those who were no longer combatants, "for more than four years".

Shedding light on the report findings, Campbell apologized to the Afghan people on behalf of the Australian army.

"To the people of Afghanistan, on behalf of the Australian Defence Force, I sincerely and unreservedly apologize for any wrongdoing by Australian soldiers,'' Campbell stated, in delivering the findings.

The report was conducted by the Maj Gen Justice Paul Brereton as part of an Inspector-General of the Australian Defence Force investigation, unveiling that 39 Afghan civilians were murdered in 23 incidents either by special forces or by their instruction. All murders were reportedly committed in circumstances that, if accepted by a jury, would account for a war crime murder.

A total of 25 perpetrators were identified as those involved in the report on the alleged war crimes, and some are still serving in the Australian Defence Forces.

The reported actions of the servicemen were described as "disgraceful and a profound betrayal” of the Australian military.

​"Typically, the patrol commander would take a person under control and the junior member […] would then be directed to kill the person under control,” the report detailed. "‘Throwdowns’ would be placed with the body and a ‘cover story’ was created for the purposes of operational reporting and to deflect scrutiny."

According to the report, SAS commanders were like "demigods" to junior officers, which is why they remained silent about their actions.

The office of the Afghan president, Ashraf Ghani, revealed in a Thursday tweet that Australian PM Scott Morrisson had called Ghani to apologize for the killings of Afghan citizens prior to the release of the report.

"In this telephone call, the Prime Minister of Australia expressed his deepest sorrow over the misconduct by some Australian troops in Afghanistan and assured the President of the Islamic Republic of Afghanistan of the investigations and to ensuring justice", Ghani's office tweeted.

Himself having served in the Australian Army, Brereton has been investigating war crime allegations against the Australian special forces since 2016, looking at incidents that took place between 2005 to 2016. He has reportedly reviewed some 20,000 documents and 25,000 images and interviewed 423 witnesses.

Australian troops were sent to Afghanistan in 2001 under the so-called Operation Slipper. In 2013, a military base in Tarin Kowt was closed, with all soldiers returning home and only military advisers and special forces units remaining in Afghanistan.