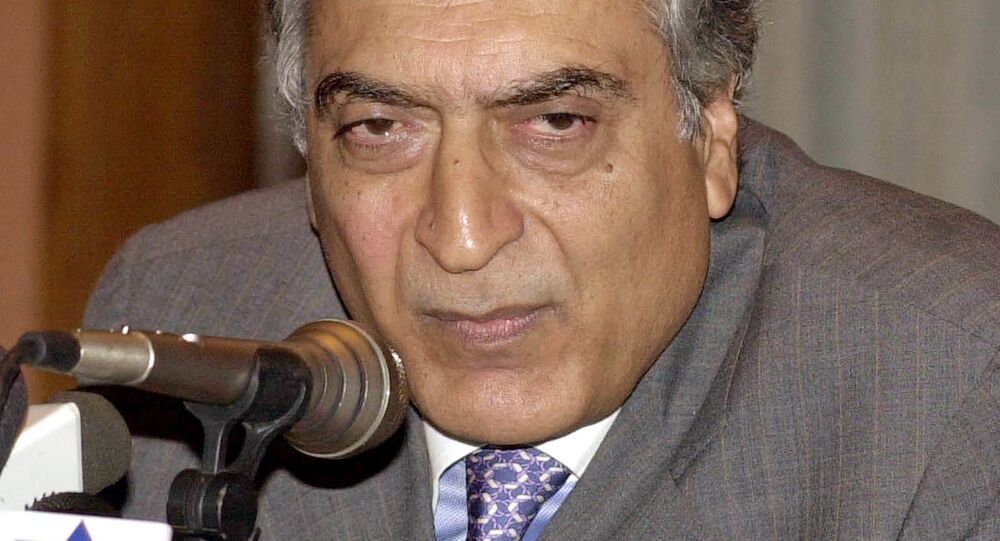 India’s External Affairs Minister S. Jaishankar has emphatically slammed “unfair” trade practises in the name of openness a day after the RCEP was finalised among 10 ASEAN countries and their five free trade partners. New Delhi pulled out of negotiations for the world’s biggest trading pact last November.

The ratification of the 15-nation Regional Comprehensive Economic Partnership (RCEP) by Japan and Australia has raised questions about the “depth of their commitments” to the concepts of the Indo-Pacific and Quad, according to former Indian Foreign Secretary Kanwal Sibal.

“The impact of Quad has been diluted by RCEP as China's economic clout has been recognised”, the former top Indian diplomat told Sputnik.

Sibal, who also served as India’s envoy to France and Russia during his diplomatic career, further remarked that “seeking to counter China” in the maritime security domain while “getting tied to it” even more in economic terms was a “contradiction of sorts”.

Significantly, Japan stated back in November last year that it won’t accede to the RCEP without India’s involvement. Australia, on the other hand, sent a strong signal to other regional powers by participating in the four-nation Malabar naval drills in October after a gap of 13 years.

Sibal, however, reckoned that the Quad countries, namely India, the US, Japan, and Australia, would continue to bolster naval cooperation in the Indo-Pacific's waters.

“Countervailing maritime pressure on China will continue. It is a China management strategy”, stated Sibal.

He highlighted that the new defence deal with Australia and Japan, announced on Tuesday and on the heels of the sealing of the RCEP, served as a “balance” to these countries joining the RCEP.

The Reciprocal Access Agreement (RAA), announced during Australian Prime Minister Scott Morrison’s visit to Tokyo, would streamline cooperation between the forces of the two Pacific nations.

US Navy Secretary Kenneth Braithwaite on Tuesday also called for setting up a new numbered fleet on the borders of the Indian and Pacific Oceans, which he proposed could be headquartered in Singapore.

“We want to stand up a new numbered fleet. And we want to put that numbered fleet in the crossroads between the Indian and the Pacific oceans, and we’re really going to have an Indo-PACOM footprint”, he said.

In what’s further seen as part of a “countervailing” maritime strategy, the navies of the four Quad member countries took part in the second round of the Malabar exercise on Monday, a day after the RCEP was signed.

“As an agreement that would cover a market of 2.2 billion people, or almost 30 percent of the world’s population, with a combined GDP of $26.2 trillion or about 30 percent of global GDP, and accounts for nearly 28 percent of global trade (based on 2019 figures), we believe that RCEP, being the world’s largest free trade arrangement, represents an important step forward towards an ideal framework of global trade and investment rules”, said the Joint Leaders’ Statement on the Regional Comprehensive Economic Partnership (RCEP).

China’s Premier Li Keqiang has called the RCEP a “victory” for multilateralism and free trade.

The declaration precedes eight years of hectic negotiations among the signatories, with India pulling out of talks in November last year over fear of its impact on several domestic industries due to cheaper imports from China and Southeast Asia should it became party to the pact.

However, the Indian government’s decision to not be party to the RCEP has been objected to by several observers, with India’s former federal Commerce Minister Anand Sharma stating this week that it was in New Delhi’s economic and strategic interests to be part of the “Asia-Pacific integration” process.

India's decision of not joining Regional Comprehensive Economic Partnership (RCEP) is unfortunate and ill advised. It is in India's strategic and economic interests to be a part of the process of Asia- Pacific integration.

​Jikon Lai, an assistant professor in the International Political Economy Programme at the S. Rajaratnam School of International Studies at Nanyang Technological University, reasoned that that despite the informal Quad grouping, the benefits of the RCEP would have been too hard to reject for the COVID-battered economies of Australia and Japan.

“The agreement offers some economic benefits that signatory countries were hardly going to reject under current circumstances when most of their economies have been hard-hit by COVID”, the Singapore-based academic told Sputnik.

“All countries have complex and multi-faceted foreign relations. Moreover, negotiations for RCEP were launched in 2012, well before current tensions and disagreements had surfaced”, remarked Lai.

Japan recorded its worst economic contraction on record in the April-June quarter, as its gross domestic product (GDP) fell by nearly 7.8 percent.

Reeling under the impact of the COVID pandemic, Australia entered its first recession since 1991 as its GDP contracted by nearly 7 percent in the second quarter.

As per a study by the US-based Peterson Institute for International Economics, the RCEP could add 0.2 percent to the economy of the member states by 2030.