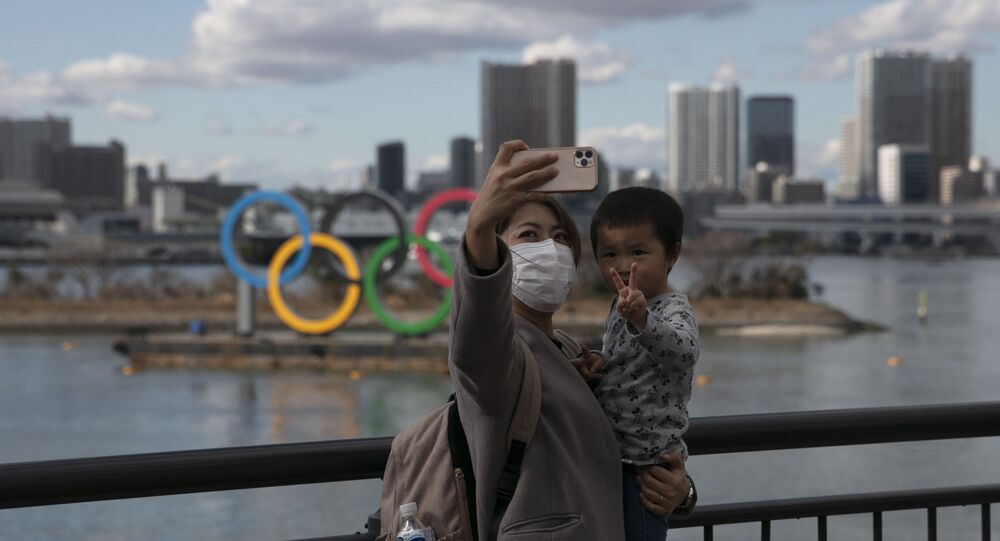 "I explained that we are making various considerations on the premise of having spectators and agreed with President Bach to work closely together toward realizing a safe and secure Olympics," Suga told journalists after the meeting, as quoted by Japanese news agency Kyodo, assuring the IOC chief that he was "determined" to host the summer games as "proof that humanity has defeated the virus."

According to the Japanese prime minister, this will also send the world a signal that his country had recovered from the devastating earthquake and the tsunami of 2011.

© Sputnik / Natalia Seliverstova
Japan Mulls Quarantine Exemptions for 2021 Olympics Overseas Visitors, Reports Say
Bach, in turn, expressed confidence that spectators would be allowed to watch the games in-person at the competition venues and vowed to seek the athletes' vaccination "if by then a vaccine is available," as quoted in the report.

The rescheduled Summer Olympics are expected to take place from July 23-August 8.

The Tokyo Olympics have been postponed from summer 2020 to summer 2021 this March in light of the coronavirus pandemic. Bach arrived in Tokyo for a four-day visit on Sunday to discuss with the Japanese authorities the epidemiological safety provisions at the rescheduled games.