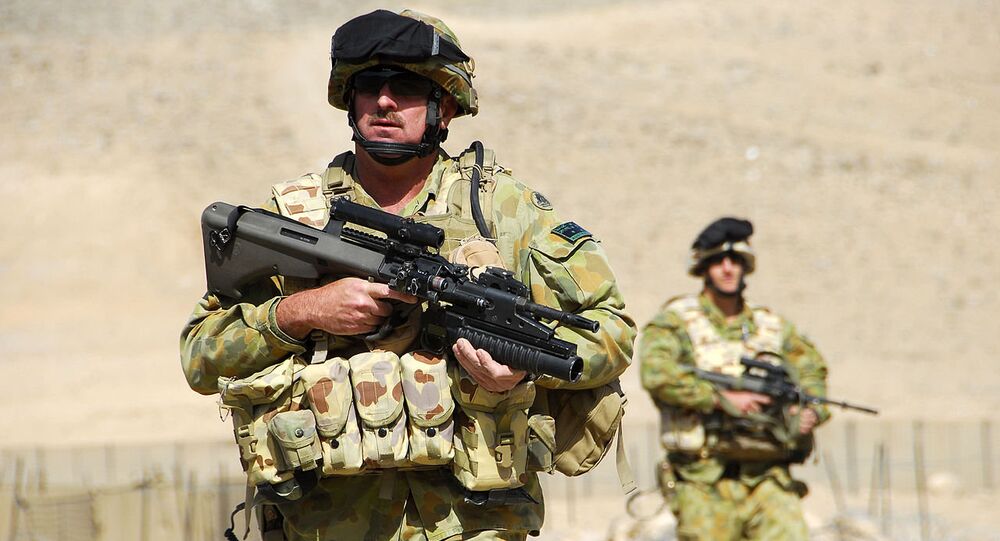 The Australian Defence Force’s Inspector-General recently handed over his final report on the conduct of Australian forces in Afghanistan between 2005 and 2016 to the government, and has reportedly uncovered evidence of widespread criminal activity against civilians and prisoners by Special Forces troops.

Australian Prime Minister Scott Morrison has announced that he will be appointing a special investigator to probe and prosecute any alleged criminal misconduct by Australian troops in Afghanistan.

“There were a significant number of incidents and issues to look into, and the investigation would be inherently complex,” Morrison said, speaking to reporters in Canberra on Thursday.

The prime minister said the special investigator would investigate allegations made in the Inspector General’s report, “gather evidence and, where appropriate, refer briefs to the Commonwealth Director of Public Prosecutions for consideration.”

Morrison did not name the individual to be tasked with running the probe, but promised it would be an “eminent person” with experience in international law. The special investigator’s office is expected to be set up sometime next year, and to operate “for an indeterminate amount of time” to address the allegations raised.

The prime minister did not go into details about the findings of the Inspector-General’s report, but warned that he could assure his compatriots that some of its findings would “be difficult and hard news for Australians…to hear,” with “honest and brutal truths” to be dealt with “where expectations and standards may not have been met.”

© AP Photo / Firdia Lisnawati
Australian Major-General Admits SAS Troops Committed 'War Crimes', Blames Lack of 'Moral Leadership'
Morrison also emphasized the need to avoid generalizing the “disturbing conduct” said to have been found in the report to the military as a whole, saying doing so would be “grossly unjust.”

The long-awaited IG report is due to be released next week, with the public to receive a redacted version of the inquiry. The comprehensive probe was launched in 2016, and relates to alleged crimes by Australian special forces personnel between 2005 and 2016, with at least 55 suspected incidents ranging from torture to the execution of civilians and prisoners subject to investigation.

The Australian Broadcasting Corporation released its own investigation into suspected war in Afghanistan in 2017, with its report leading to police raids on its Sydney headquarters in 2019. Police dropped an attempt to prosecute ABC journalist Dan Oakes over his reporting on the Afghan war crimes story last month after prosecutors ruled that it would be against the public interest to do so.

© AP Photo / Australian Broadcasting Corporatio
Australia's ABC Broadcaster Raided Over Reports of Nation's Alleged Crimes in Afghanistan
Australia sent troops to Afghanistan alongside the US and other allies in late 2001 to fight al-Qaeda* and Taliban* militants in the wake of the 9/11 terror attacks, and has remained in the war-ravaged country ever since. 41 Australian soldiers have been killed, with more than 260 others suffering injuries. It’s estimated that as many as 39,000 Australians have served in the Afghan conflict over the past 18+ years. The present mission includes “mentoring, operational and reconstruction activities” support for Afghan forces.

In February, Australia launched a separate inquiry into cases of suicides by armed forces veterans, with the panel tasked with reviewing the over 400 known cases of veterans taking their own lives since 2001. According to the figures, ex-servicemen suffer from a suicide rate that’s nearly 20 percent higher than the national average. Suicide rates among veterans are a cause for concern in many nations whose armies have fought in Afghanistan, including the United States and Canada.