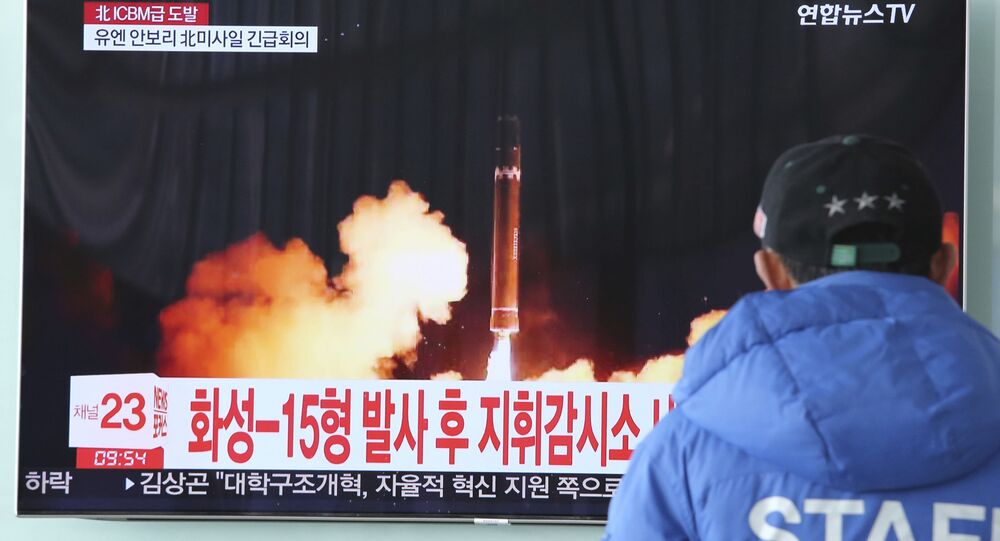 In November 2017, North Korea conducted a test of what is believed to be its new long-range ballistic missile, the Hwasong-15, capable of reaching anywhere in America.

New satellite photographs suggest that North Korea is getting ready to display its best weapons during 10 October military parade devoted to the 75th anniversary of the Korean Workers’ Party, and possibly even show off its long-feared Hwasong-15 missile, the Sunday Times reported.

According to the report, the images of the area where the forthcoming parade was rehearsed, showed an installation of “large temporary structures” that can conceal the country’s newest and biggest long-range missiles. Hwasong-15, a “new type of intercontinental ballistic rocket weaponry system” which the US believes is able to reach any part of the country, can be one of the weapons that would be displayed by the country's Supreme Leader Kim Jong-un, the media suggested, citing “North Korea watchers”.

Other satellite images analysed by the NK News website showed that the Okryu bridge in Pyongyang, connecting the rehearsal grounds with the rest of the parade’s route, has also been recently reinforced. Analytics from NK News noted that “more than a dozen heavy missile launchers” could be unveiled during the high-profile procession.

© REUTERS / MAXAR TECHNOLOGIES
A WorldView-1 satellite image shows an overview of people assembled in formation near Kim Il Sung Square and rehearsing for the upcoming military parade of the 75th Anniversary of the Workers' Party of North Korea in Pyongyang, North Korea, September 17, 2020

Earlier, The Center for Strategic and International Studies in Washington published satellite footage of North Korea’s Sinpo South naval shipyard, which it said demonstrated some activity resembling a preparation of a submarine-launched ballistic missile test.

The Hwasong-15 missile, which estimates say can be fired up to 13,000-kilometers, was first launch-tested in November 2017. Last year, the United States Forces Korea, part of the United States Indo-Pacific Command, publicly acknowledged for the first time that the ICBM-level rocket is able to reach any part of the continental US.