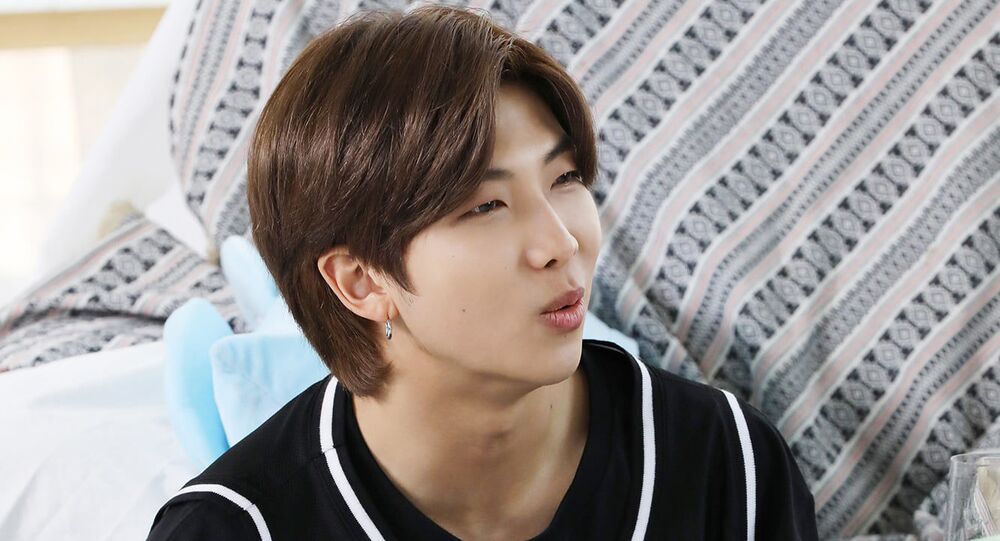 The name of the leader of the K-pop phenomenon managed to capture the top trends on his B-day - all over the world!

BTS fandom filled Twitter with congratulations for RM, real name Kim Nam-joon, on account of his B-day. The leader of the most popular K-pop boy band in the world and B-day boy also congratulated himself on Twitter and got an amazing one million likes in just 30 minutes.

🎂 Happy Birthday to me 🎂 pic.twitter.com/DjOU9Nw4XR

​All top trends were filled with his name in different languages with such hashtags as #thank_you_남준이가_돼줘서 (Thank you Namjoon, for being), #사랑한다는_말보다_더_사랑해_남준아 (I love you more than I can express with words, Namjoon), #남준아_생일축하해 (Namjoon, happy Birthday), #NamjoonDay, #joonie and others.

Mentions of the Bangtan Boys main rapper even outran the hashtag #NeverForget related to the tragedy of September 11 in the United States.

BTS is the K-pop band that has spread Hallyu culture widely and Namjoon is known for being a good leader for the youth generation and he has already left a huge impact on society - and not only because of his great music.

He previously even made a speech at the United Nations as part of a UNICEF campaign, about the importance of self-care and self-love to the young generation in order to prevent violence, both physical and psychological.

Among fans, he is known as an ambassador of self-awareness and manages to get these ideas across to young people all over the world, despite singing in Korean.

But being extremely popular, winning all the charts and awards, and breaking records appears to have done nothing to damage the modesty and hard work ethic of Kim Nam-joon And that is why his fans are spreading the words of their favourite members, sharing videos and sending tons of love and congratulations to him.

thank you for always sharing your thoughts with us, in words, in melodies, in lyrics. your path to self discovery and your entire existence in general is incredibly inspiring. love you. #NamjoonDay #HappyBirthdayNamjoon #thank_you_남준이가_돼줘서 pic.twitter.com/YHHPEK4Pjd

Namjoom changed the lyrics “I wish I could love myself” to “Yes I do love myself” when ARMY started chanting during his performance “We love you” this still gives me goosebumps
:(( @BTS_twt #NamjoonDay #thank_you_남준이가_돼줘서 #OurAutumnFlowerJoon
pic.twitter.com/W7N4d2m0lV

Namjoom changed the lyrics “I wish I could love myself” to “Yes I do love myself” when ARMY started chanting during his performance “We love you” this still gives me goosebumps
:(( @BTS_twt #NamjoonDay #thank_you_남준이가_돼줘서 #OurAutumnFlowerJoon
pic.twitter.com/W7N4d2m0lV

thank you for not hiding your tears to us you were never afraid to show that you love us stop crying love even us can't describe how much we all love you always remember that my love, our love for you guys will always be bigger than the galaxy ily 💜 #thank_you_남준이가_돼줘서 pic.twitter.com/2Xg4aQczRw

❤All the happy things and Love to u ❤ #thank_you_남준이가_돼줘서 @BTS_twt pic.twitter.com/PcZT0U8YYE