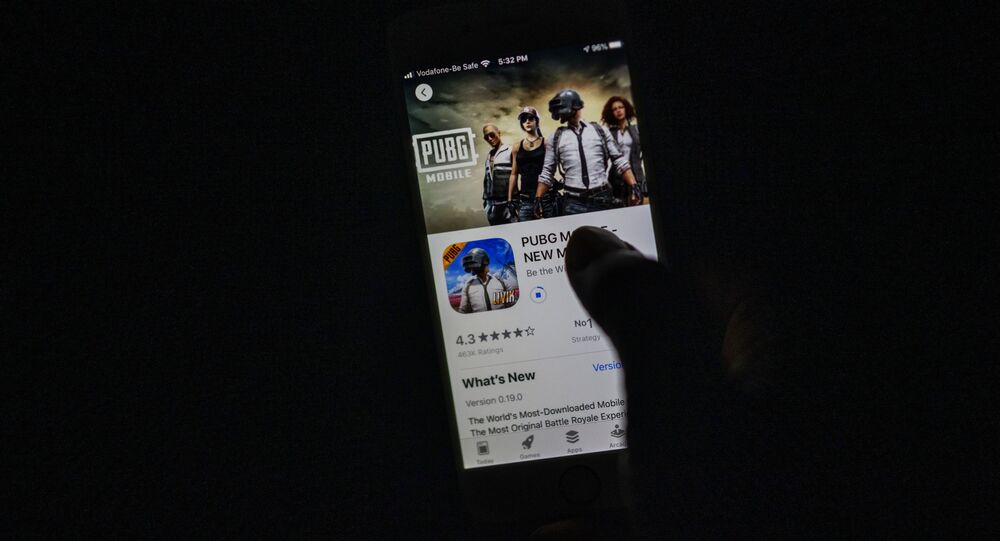 The day before, the Indian government banned 118 mobile apps, including PUBG, from operating in the country, citing national security reasons. This was the fourth round of India’s app-ban move with the total number of banned Chinese apps reaching 233.

The Chinese Commerce Ministry slammed on Thursday the recent move by the Indian government to ban more Chinese mobile apps, saying that such actions violate the legal interests of investors and service providers.

The ministry's spokesman Gao Feng has called on India to "correct its mistakes."

"On September 2, India's Ministry of Electronics and Information Technology announced banning use of 118 Chinese applications in India, under a pretext of a so-called undermining of India's sovereignty, [territorial] integrity, national defense, national security, and public order. In light of that, China expresses grave concern and strong protest," Gao said.

On 2 September, the Indian Ministry of Information and Technology announced a ban on 118 Chinese mobile applications, including those operated by internet giants Tencent and Alibaba.

The applications banned by the Indian authorities include the popular mobile game PUBG, the Weiyun cloud-based storage service, and the WeChat Work platform, which are all operated by Tencent.

The latest ban came after an altercation this past weekend on the border between China and India.

© CC0
RIP PUBG: Memers Get To Ready to Chuckle As India Bans 118 More Chinese Apps, Games
The first wave of bans was announced on 29 June, when the Indian authorities decided to block 59 Chinese apps, including the video-sharing platform TikTok. A month later, the country issued a ban on 47 more Chinese-developed apps, such as Baidu Search and Weibo.

The two countries clashed this past June in the Galwan Valley, where the Indian region of Ladakh borders China’s Aksai Chin region, in a confrontation that left 20 Indian servicemen dead. The Chinese side didn't specify the exact number of casualties.