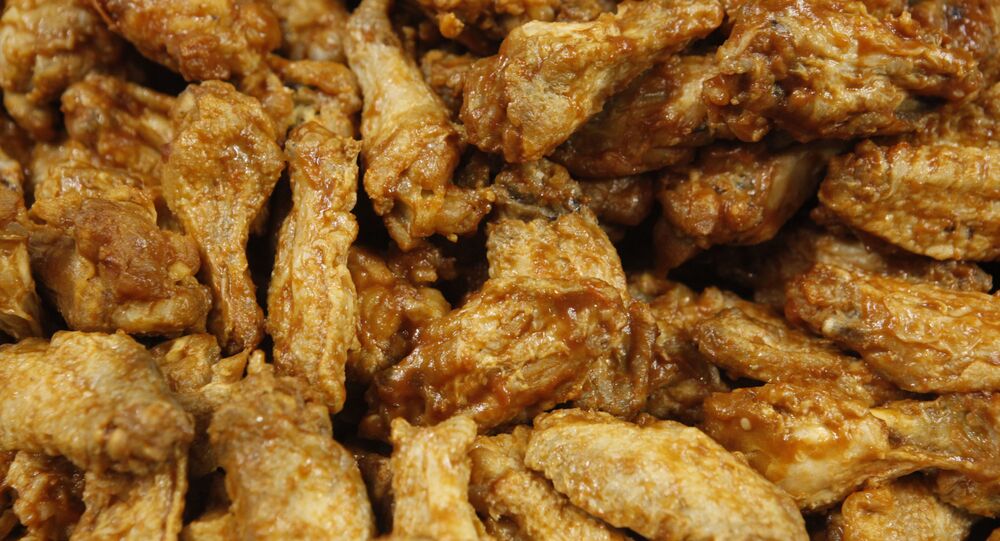 Put the Wing Down: Chinese Officials Say Chicken From Brazil Positive for COVID-19

In a release dated August 13, Chinese officials with the Shenzhen Epidemic Prevention and Control Headquarters Office revealed that they became aware of the contamination after an August 11 inspection of imported chicken returned a positive COVID-19 test the following day.

Tracing the packaging’s registration number, Bloomberg reported that the contaminated chicken was imported to the Chinese city of Shenzhen from an Aurora Alimentos plant in Brazil’s Santa Catarina state.

In line with health procedures, Chinese officials immediately traced and conducted tests on everyone who may have come in contact with the food products. The Shenzhen notice indicates that all individuals tested negative for the novel coronavirus.

“The headquarters office reminded the general public to be cautious in buying imported frozen meat products and aquatic products in the near future, and to take personal protection to reduce the risk of contracting the new [coronavirus],” reads a translated version of the release.

The city’s notice further indicates that all sold products from the chicken batch were traced back to vendors and were ordered to be disposed of. Additionally, both the outer packaging and storage area used to hold the COVID-19-positive chicken were destroyed.

The discovery of the tainted chicken came just after Chinese officials also detected the deadly SARS-CoV-2, the virus that causes COVID-19, on the outer packaging of frozen shrimp samples imported from Ecuador to the Shaanxi and Anhui Chinese provinces.

However, unlike in the shrimp samples, traces of the SARS-CoV-2 virus were detected on the surface of the flagged chicken wings.

An unidentified China-based official at a Brazilian meat exporter told Reuters for a Thursday article that “it is hard to say at which stage the frozen chicken got infected.”

The US Centers for Disease Control and Prevention has indicated that there is “no evidence to support transmission of COVID-19 associated with food,” although the agency does state that the possibility may arise should an individual touch a contaminated surface or object and then begin to touch their face.

“In general, because of poor survivability of these coronaviruses on surfaces, there is likely very low risk of spread from food products or packaging,” the CDC states.

COVID-19 Pushes America to ‘Reshore’ Electronics, Drugs From China to US, Pentagon Says