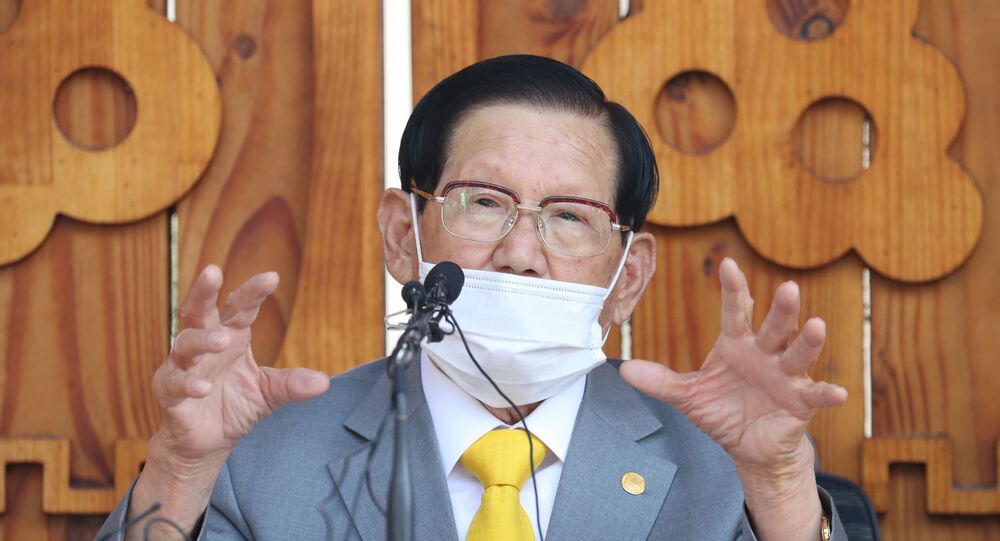 The Shincheonji Church of Christ was at the centre of the country’s initial coronavirus outbreak in February and has more than 5,000 cases linked to it, more than a third of South Korea’s total.

According to the agency, Lee is also accused of embezzling 5.6 billion won ($4.68 million) from church funds and holding unauthorized religious events from 2015-19.

Lee was deemed fit enough to be imprisoned despite old age and health issues, as a Seoul judge posited that he may attempt to conceal evidence if left at large.

"There have been circumstances indicating systematic attempts to destroy evidence. Considering his status, it cannot be ruled out that there will be similar attempts in the future," Judge Lee Myeong-chul said, as quoted by Yonhap.

The leader’s arrest comes after several high-ranking church members were brought in and slapped with charges of obstruction of justice and violation of disease control law in July.

Following the arrest, Shincheonji vowed to unveil the truth in upcoming trials.

"The court's issuance of an arrest warrant doesn't mean a guilty verdict. All possible efforts will be made to unveil the truth in the upcoming court trials," the church said in a statement, according to Yonhap.

The controversial Shincheonji Church of Christ boasts over 300,000 members worldwide, with a majority concentrated in South Korea. The religious group’s adherents, often labelled as a cult, believe that Lee is an incarnation of Christ on earth who is bestowed with special Biblical knowledge. The group’s doctrine states that Lee will be summoned to Heaven on Judgement Day and he will take 144,000 followers with him. The group is labelled as heretical by most other Christian movements.