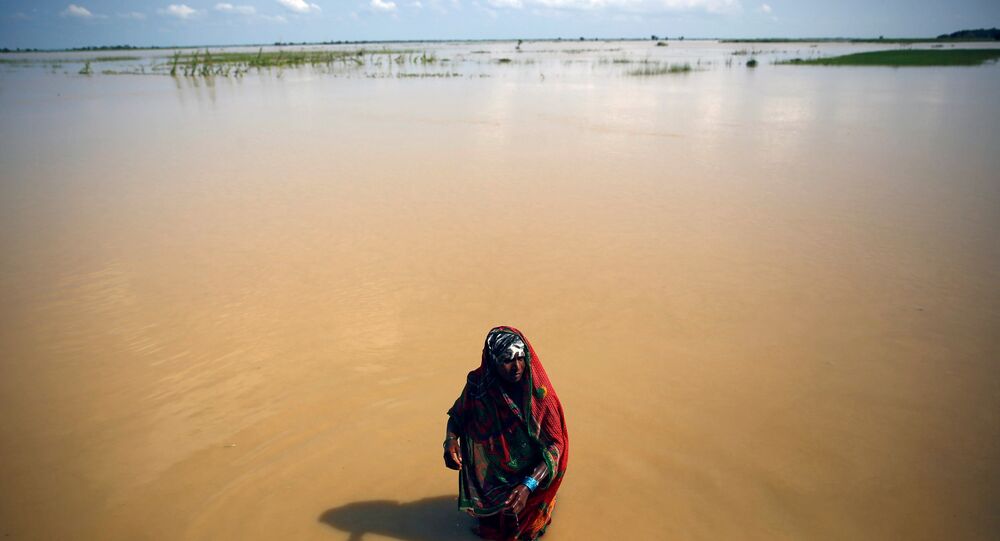 MOSCOW (Sputnik) - Rescuers have recovered the bodies of 11 people in Nepal's Gandaki Province, while 23 others remain missing after heavy rains led to severe flooding and landslides, The Kathmandu Post reported on Saturday, citing local authorities.

"Ten bodies were recovered from Marang [a village in the Myagdi District] while one [was] from Thadakhani. Efforts are on to recover 11 missing from Rikh, Kalleni, Ramche, Namruk, and Kamdi, eight from Dule of the Malika Rural Municipality-7 and three from Takam", Rajaram Subedi, the ward 6 chairperson of the Dhaulagiri Rural Municipality, was quoted as saying by the media outlet.

​West-central Nepal was hit by a huge storm on Thursday evening and Friday morning that resulted in landslides in four provincial districts.

​According to the newspaper, the hardest hit area is Myagdi, as about 43 houses have been buried in landslides in the district, affecting more than 400 people.