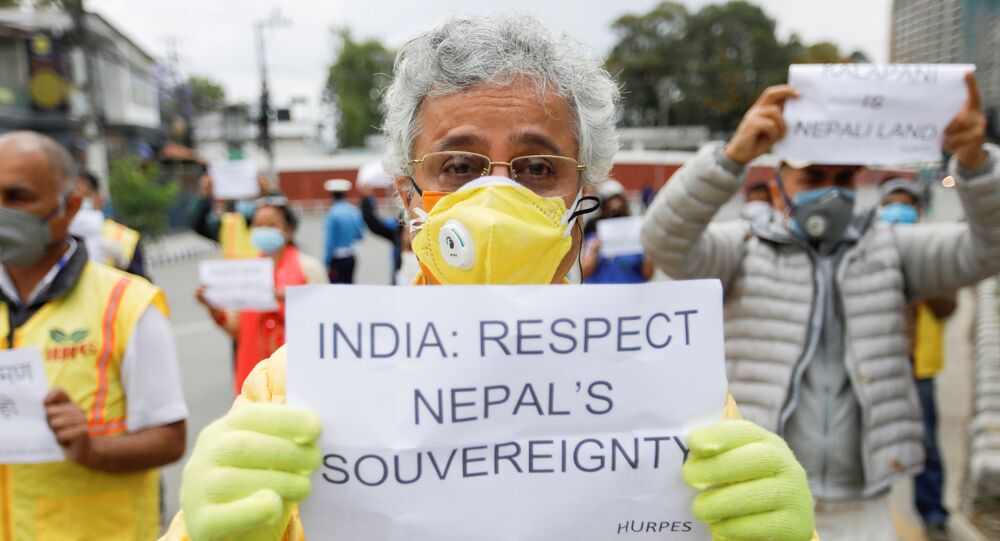 B R Deepak, a Sinologist and chairperson at the Institute of Chinese Studies at Jawaharlal Nehru University, said in an interview that "China's focus is not about consolidating its ties with India. It instead is concentrating on smaller countries in the vicinity. This is reflected in China's investment and diplomatic engagement in the region."

This view is representative among Indian public opinion, which blames China's engagement with other South Asian countries for undermining trust between China and India.

New Delhi is particularly concerned about South Asia because it views the region its exclusive sphere of influence. This reflects a very deep-rooted mentality of India - it sees itself as the sole major power in South Asia and the rest of the regional countries as its backyard.

It believes China's engagement in the region is to expand Beijing's influence while offsetting India's clout.

With such a mindset, India is wary of China's every move in the region. When China proposed in 2013 the Belt and Road Initiative (which aims to build regional connectivity and promote win-win cooperation) India rejected to join.

New Delhi thought that Beijing's initiative would put a "ringed fence" around India. This was viewed as an affront to its sovereignty, as well as a challenge to its own economic aspirations.

But India's unwarranted concerns should not become an obstacle for China and other South Asian countries to engage. China has never asked regional countries (or any country) to pick sides between China and India.

If India really wants to play a leading role in South Asia, it should understand and respect regional countries' choices of partners and their need for development - especially when Indian alternatives are absent.

Despite Prime Minister Narendra Modi's "Neighborhood First" initiative, even some Indian media have lamented that Modi severed most economic ties with its neighbours and opposed their attempts to connect beyond the region.

Of course, besides geographic factors, asymmetry in national strengths also means that there will be different approaches and different outcomes between China and India in developing ties with regional countries.

© AP Photo / Marcio Jose Sanchez
Instagram Grabs Opportunity to Push China Further Away From Social Networking in India
And from China's perspective, India is taking advantage of such asymmetry to dance between the major powers. It is one thing to develop security relations with the US but quite another to use the bonhomie to put China in check. The latest case is that Modi accepted US President Donald Trump's invitation to extend G7 to make the bloc more "representative," a move of Washington to sideline China.

Indeed, the distrust between China and India is deep with the changes in international and regional dynamics. It is therefore misguided for Indian scholars to put the blame on China. Rational voices in China have suggested taking China-India relations seriously - only secondary to China-US relations.

India should also be acutely aware of the importance of its ties with China. It is hoped the Modi administration can overcome the entrenched anti-China sentiment in Indian political and media arenas - they would embrace amicable bilateral relations for pragmatic and mutually beneficial solutions.