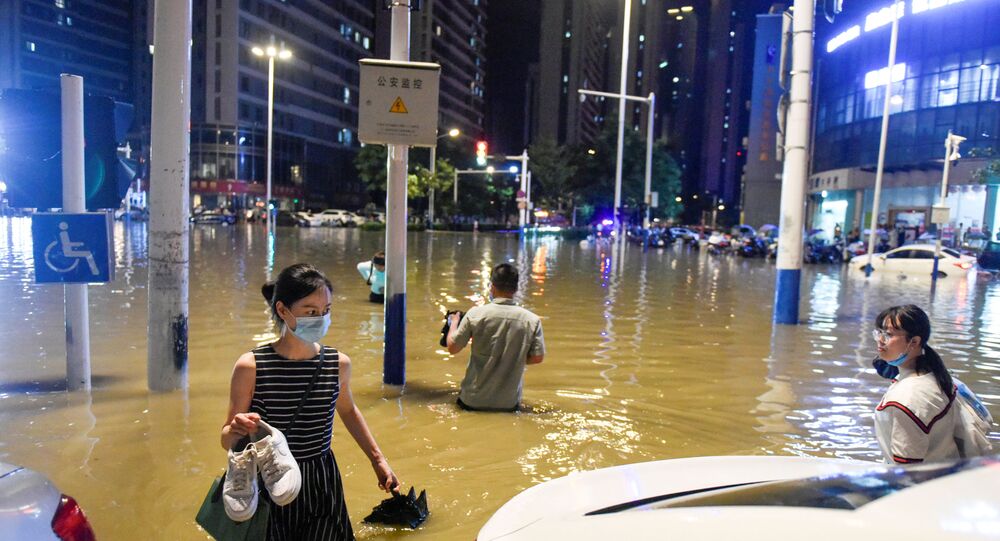 BEIJING (Sputnik) - More than 120 people died or have gone missing in China since the beginning of the year due to floods, while another 875,000 had to evacuate from dangerous areas for the same reason, Chinese People's Daily reported on Saturday, citing authorities.

According to the People's Daily newspaper, citing the Chinese department of emergencies floods across 26 of China's regions since January have inflicted damage to more than 19 million people and caused direct economic loss totalling 41.6 billion yuan ($5.9 billion). Additionally, 121 people have either died or gone missing as a result of floods, according to the report.

Floods have reportedly destroyed some 17,000 buildings and affected 1.5 million hectares of agricultural lands.

© AFP 2020 / STR
Man standing on the rood of a flood-inundated building in the flooded ancient town of Longshan county, central China's Hunan province