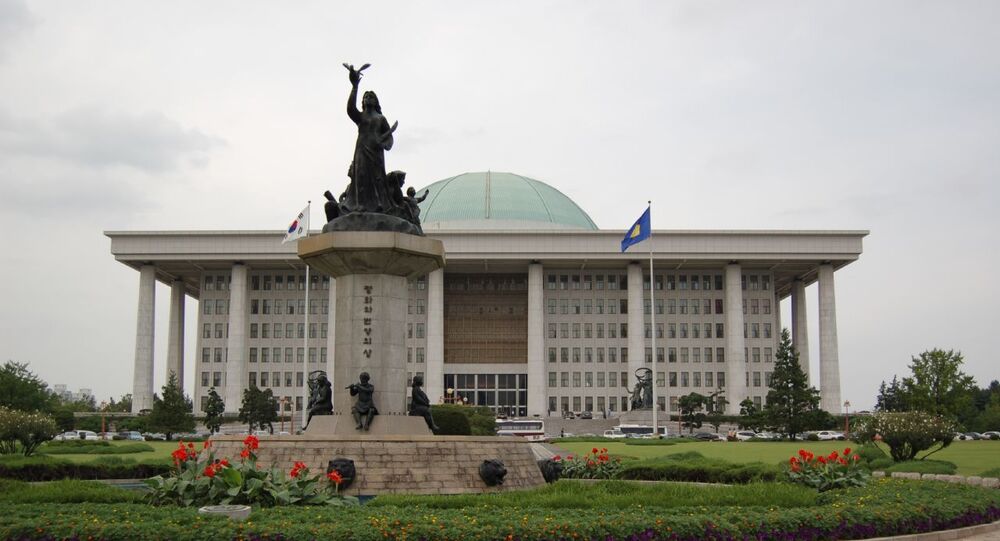 MOSCOW (Sputnik) - Joo Ho-young, the leader of South Korea's main opposition United Future Party (UFP), said on Thursday that the party would return to the National Assembly next week, putting an end to its month-long boycott of the parliament that is controlled by the ruling party.

"The return is likely to be around (next Monday), but the detailed date will be fixed in consideration of the situation," Joo told reporters, as quoted by the South Korean Yonhap news agency.

However, even after the party will resume its activities in parliament, it is not likely to participate in accelerating the DP-led efforts to pass the budget bill worth nearly 38 trillion won ($31.6 billion), interim party leader Kim Chong-in said.

Since early June, the UFP has been opposing the ruling Democratic Party's (DP) unilateral formation of the parliament's committees in the wake of the April elections by boycotting the assembly's plenary session votes as well as the review of the special COVID-19 response budget bill.

While the UFP was boycotting the National Assembly, the DP filled 17 out of the 18 standing committee chairman seats. The ruling party currently occupies 176 of the 300 parliamentary seats.