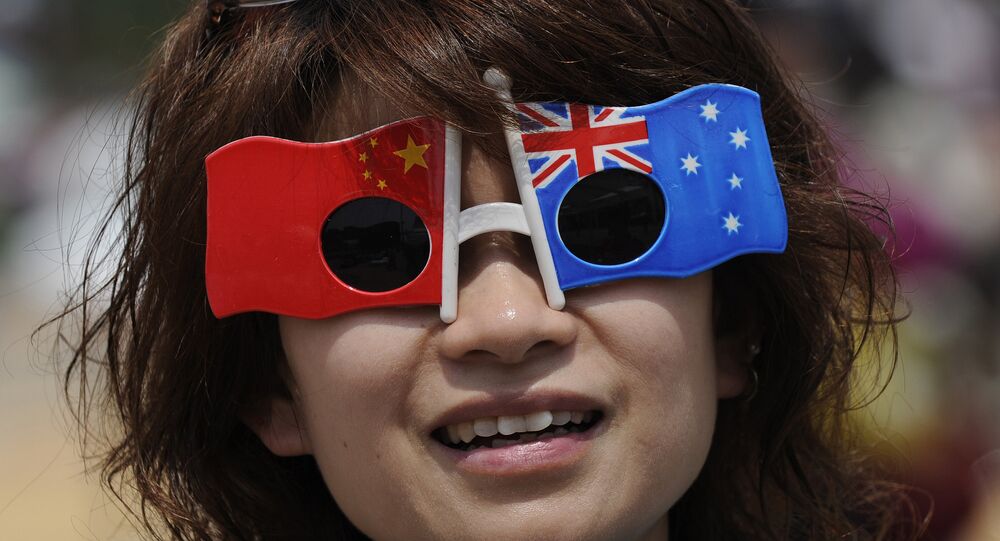 According to a poll carried out by the Sydney-based think tank Lowy Institute, only 23 percent of Australians express trust toward China with international responsibility. It states that Australians' trust in China has hit an all-time low.

Another survey conducted by the public opinion department of the Global Times and the Australian Studies Center at Beijing Foreign Studies University shows that Chinese people do not view Australia favorably.

The findings of the two surveys are not unexpected. This is a direct public response regarding deteriorating Beijing-Canberra ties. The sharp deterioration of the bilateral relations can be traced to the novel coronavirus break out. Anti-China rhetoric in Australia has been repeatedly reported. For example, mounting racism in Australia has recently escalated, with Chinese and other Asians suffering from increasing aggressive verbal and physical attacks. Hence, it is rational that Chinese respondents to the survey do not view Australia favorably. China's recent actions toward Australia, such as temporarily halting beef imports from four Australian traders and travel alerts warning Chinese people not to travel to Australia, have deepened Australia's distrust over China.

© AFP 2020 / STR
Asian Lives Matter: What's Behind Growing Anti-China Sentiment in the US and Australia?

Apart from Australia, Western countries (such as Canada and Sweden) positive views toward China, have dropped significantly. This is mainly because they regard China's rise as a threat.

Furthermore, since the outbreak of COVID-19, some Western politicians and media have been repeatedly passed the buck to China. This was done to divert domestic attention for their mishandling of the pandemic. It explains why they failed to objectively comment about China's effective efforts to combat COVID-19. This has distorted China's image in the West. It has unfortunately reduced their favorable views about China.

However, public opinion in both China and Australia will not impact their bilateral ties.

The surveys also show that nearly half of Chinese respondents see the US as the biggest irritant to China-Australia ties. They properly perceive the role Washington plays in Canberra's relations with Beijing. It is obvious that the worsening of the China-Australia relationship is closely related to intensified China-US tensions. The US has ramped up its pressure toward Australia, demanding the latter take a clear position to assist the US mission to contain China.

In the short-run, interference from the US will be difficult to be ruled out in the China-Australia bilateral ties. Canberra is clearly aware that nothing can be gained from taking a side in this quarrel between Washington and Beijing. Yet Canberra's reliance on Washington will unlikely be reduced in the short-run.

However, China-Australia ties do not involve significant strategic implications. The global economy has entered a slowdown stage. The deadly virus has hit global economy with grave implications. Australia's economy has undergone miserable damage: such as a series of massive bushfires. Against this backdrop, Australia's reliance upon the Chinese economy will never waiver. Canberra is clearly aware that it will not receive anything beneficial by continuously confronting Beijing - especially as an embarrassed lackey of the Trump family.

The results from Lowy Institute poll also shows that 94 percent of Australian respondents agree that the Australian government should try to, "find other markets for Australia to reduce our [Australia's] dependence on China." Australia has actually harbored this intent for a long time. But it sounds unpractical. Australia is a country that relies heavily on exporting raw materials, such as iron ore and metallurgical coal. The position of China in terms of Australian trade can't be replaced by any country.

Therefore, neither the recent accelerated deterioration of China-Australia ties, nor the dropping favorable views among the public between the two countries, needs to be overstated from the perspective of China.

The article was originally published in Global Times.