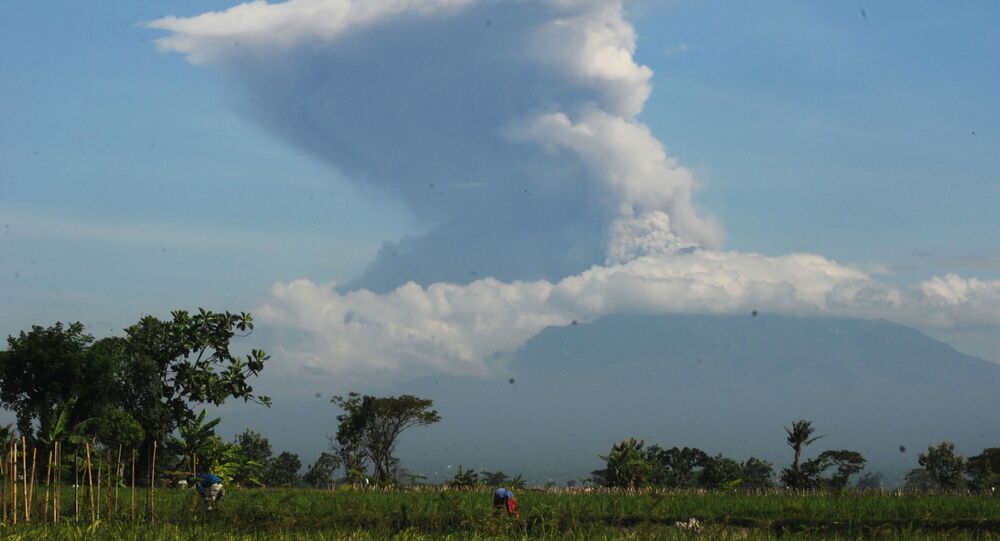 Mount Merapi, located on Indonesia's Java island, is one of the world's most active volcanoes, and the most active in Indonesia, having erupted regularly since the mid-1500s. In 2010, a series of eruptions of the volcano killed more than 350 people and forced authorities to evacuate some 280,000 residents.

People have been sharing videos of the Sunday eruption of Indonesia's Mount Merapi, one of the world's most active volcanoes.

In fact, the volcano erupted twice, sending clouds of grey ash 6,000 metres into the sky, which fell on several local villages, coating them.

Mount Merapi on Java Island had a volcanic eruption this morning 🇮🇩 https://t.co/lxuOdKKvRP

​Local authorities have implemented a no-go-zone around the volcano, advising villagers—thousands of whom live on the volcano's fertile flanks—to stay at least 1.8 miles (3 km) away from the crater and look out for lava flows.

Though the authorities have decided not to raise the volcano's alert status, they have warned commercial planes flying in the area to remain cautious.