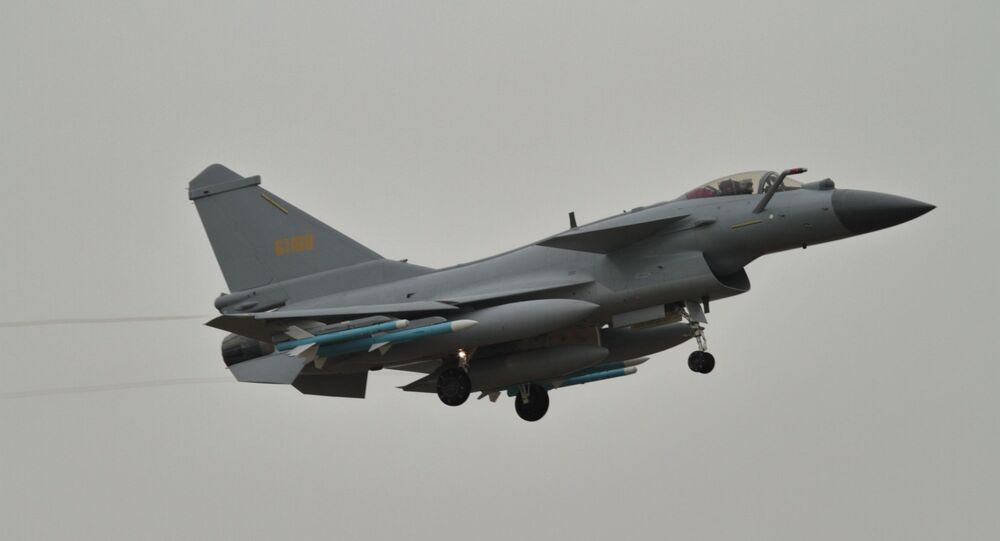 Taiwan News Agency reported on Wednesday that two Chinese military aircraft “had to be chased out of” the autonomous island’s ADIZ by Taiwan’s air force.

According to the report, a PLAAF J-10 interceptor and a Y-8 transport aircraft flew close enough to Taiwan’s southwestern coast to be detected by ground-based radar, which can see aircraft far beyond the island’s territorial waters.

Similar incidents have occurred with increasing frequency over the past two weeks. Another J-10 was warned off on Tuesday, and on Friday, Taiwanese fighters scrambled to intercept a Y-8, which may have been equipped for reconnaissance. A fourth incident occurred on June 9, when several PLAAF Su-30s were intercepted by Taiwanese fighters near the ADIZ.

As Sputnik has reported, several of these incidents occurred in close proximity to US aircraft flying over or near Taiwan, which Beijing regards as its own territory controlled by a rebel force.

“The frequent sorties by PLA warplanes in the direction of Taiwan are an indication that the Chinese mainland military has normalized and made such operations routine at a time when Taiwan secessionists are increasingly seeking ‘independence’ and foreign forces such as the US are intervening with aircraft and warplane transits as well as arms sales,” Beijing’s Global Times paraphrased an anonymous Chinese military expert as saying on Wednesday.

The publication noted the change in cast as well: in the past, the PLAAF has sent J-11 fighter jets, KJ-500 early warning aircraft and H-6K bombers toward Taiwan’s airspace, but the recent use of J-10s and Y-8s are firsts.

The expert added that “the PLA is conducting real combat-oriented training, and in a real combat, all types of warplanes will participate as an integrated system. The J-10 is the mainland's equivalent to Taiwan's F-16, so it is very natural it will play a part.” Taipei recently finalized a deal to buy advanced F-16V “Viper” interceptors from the US, which is already upgrading Taiwan’s older F-16s under a previous deal.

Taiwan regards itself as the legitimate government of all of China, and refuses to recognize the communist government proclaimed in Beijing in 1949, the People’s Republic of China. It behaves autonomously, but at least formally adheres to the principle that there is just one China. Beijing regards Taiwan as a province in rebellion, and sees friendly behavior and aid from the United States and other powers as interference in Chinese internal affairs.

The 2016 election of Democratic Progressive Party (DPP) candidate Tsai Ing Wen to the Taiwanese presidency, and her subsequent reelection earlier this year, increased the island’s tensions with China, as the DPP is seen as more supportive of independence from China, rather than friendlier relations.