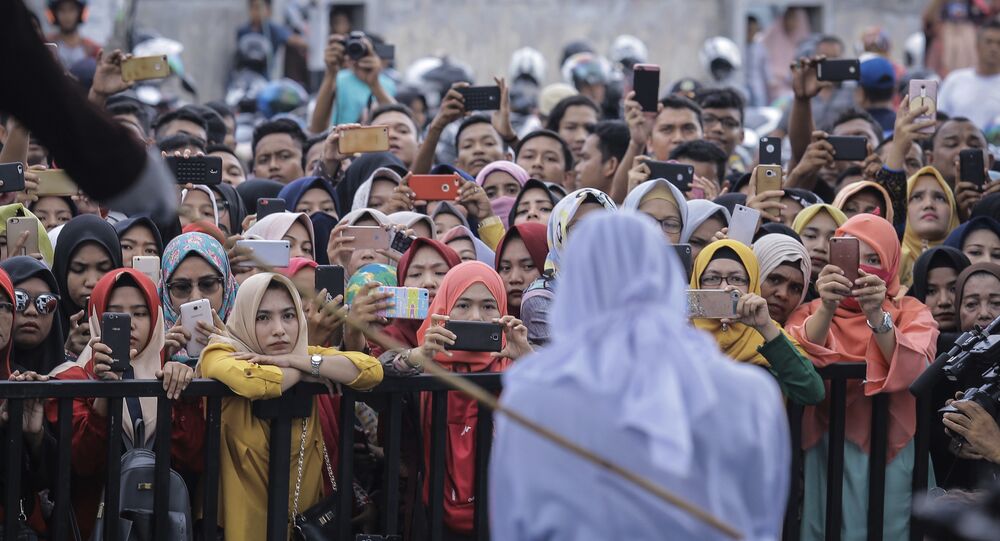 A man and a woman who had premarital sex were publicly flogged a hundred times each on Friday in Indonesia’s Aceh province. However, fewer people showed up to watch the flogging than usual, presumably due to the COVID-19 pandemic.

The use of the public punishment has continued despite bans on mass gatherings due to the coronavirus pandemic. The couple had their temperatures checked and wore face masks while they were flogged with a cane outside a mosque, AFP reported. At one point, the man’s punishment was paused because he was in so much pain. Another official had to be pushed into finishing the heavy lashing of the woman.

"This young couple deserved a hundred lashes because they violated Islamic law," said Agus Kelana Putra, head of the general crime division at the prosecutor's office in the Aceh Besar district, AFP reported. Another man caught in a hotel room with an underaged girl was also whipped 40 times.

However, the floggings attracted fewer people than they normally do.

"Not so many people came because today because they've seen it many times before - or they're afraid of COVID-19," a local resident only identified as Faisal told AFP.

In January, the Aceh province established a new, eight-member female flogging unit to carry out public whippings against women who violate the region’s code of Sharia, or Islamic law, AFP reported at the time.

Human Rights Watch (HRW) has repeatedly demanded that the Indonesian government eradicate Sharia in Aceh, also warning that it is on the rise in Indonesia’s Aceh province.

According to HRW, more than 530 people have been publicly flogged for various violations of Sharia in Aceh since 2015, when the province’s Islamic criminal code was enacted.

Under Sharia, drinking alcohol, adultery, homosexuality, gambling and any public displays of affection between men and women outside of marriage are outlawed. Aceh is the only Indonesian province to officially enforce such a code, even though other districts across Indonesia are also implementing Sharia-influenced laws.

Exorcisms Being Used in Indonesia to 'Cure' LGBT Community