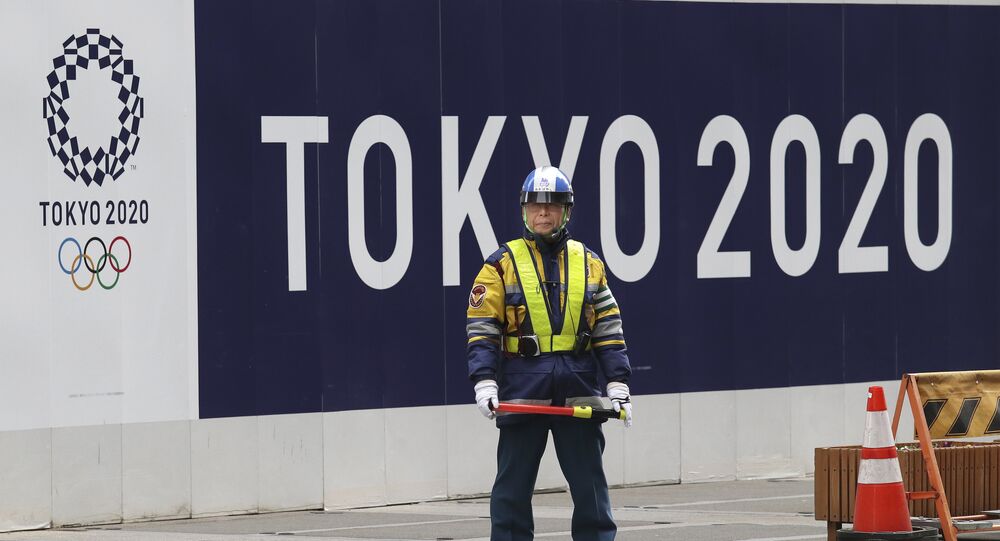 A parodic drawing that merged the logo of the Tokyo Olympic Games with an illustration of a novel coronavirus cell was pulled from a magazine on Thursday after the satirical work prompted outrage from Olympic organizers.

Khaldon Azhari, the president of the Foreign Correspondents’ Club of Japan (FCCJ) told the AFP that the organization had decided to remove the work from its website after legal representatives advised management that a defense against a copyright breach was “not strong.”

"More importantly, we are all in this coronavirus crisis together and clearly the cover offended some people in our host country Japan," Azhari said, adding that he had "sincere regret” over the matter.

The questionable design was used on the cover of the April issue of the Number 1 Shimbun, an in-house magazine published by the FCCJ. The Associated Press reported that the artist was identified as Andrew Pothecary, a British designer who serves as the magazine’s art director. Pothecary has indicated that he saw his work simply as a parody.

The image itself is the same design as the Tokyo Games’ logo, albeit with the additional sharp spikes included in illustrations of COVID-19 cells. Below the image, “COVID-19” is written in bold lettering.

Screenshot/ANNnewsCH
Outrage over the cover of No 1 Shimbun, which shows a mock-up design of COVID-19 cell and the logo for the Tokyo Games, sees magazine officials remove the work from its website.

The decision to remove the illustration was quickly hailed by Olympic organizers, including Toshiro Muto, the chief executive of the Tokyo Games. “We believe their response was appropriate, and this is what we were hoping for as an outcome,” he said, according to AFP.

However, earlier this week, things were far from being copacetic between the FCCJ and organizers. In fact, Masa Takaya, spokesperson for the Tokyo Games, told reporters on Monday that the FCCJ’s decision to mash the two images together was “very disappointing” and that the design was a clear infringement on the official logo for the games.

“This is insensitive to many people being affected by this damaging and painful situation," Takaya said. "It is especially insensitive to athletes who are willing to compete in the Tokyo 2020 Games next year and working very hard every day for next year's games."

Earlier this year, the Tokyo Games were postponed until July 2021 following discussions between Japanese Prime Minister Shinzo Abe and Thomas Bach, president of the International Olympic Committee. At the root of the postponement was overwhelming concern regarding the COVID-19 pandemic.

Virus Expert ‘Very Pessimistic’ That Tokyo Will Host Olympics in 2021