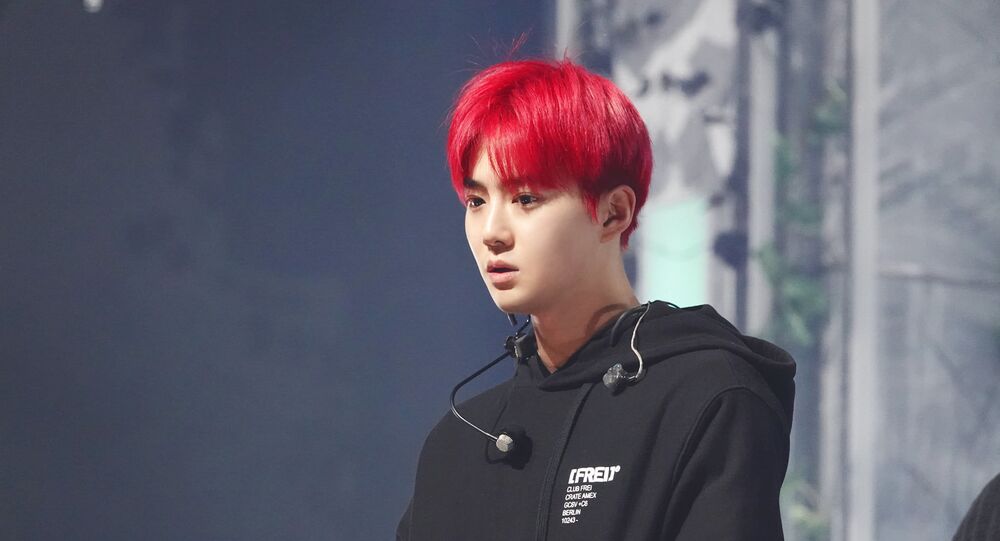 The leader of K-pop boy band EXO, Suho (real name Kim Jun-myeon) left a handwritten letter on 4 May in the fan app “Lysn” where he revealed his military enlistment date as being 14 May. He asked EXO-L (official name for the fandom) to stay healthy and said that he would miss his fans during his military service.

Representatives from the group's label - SM Entertainment - confirmed Suho's imminent enlistment and added that the time and location would not be disclosed.

Reportedly, Suho will enlist as a Public Service Officer, rather than in the active forces, due to his poor eyesight. That means he will serve longer - up to 21 months - than those EXO members, who already enlisted last year - namely Xiumin and D.O., who are expected to be out of uniform again by the end of 2020 and the beginning of 2021 respectively.

Fans trended #junmyeon in twitter after the news broke.

If junmyeon is going to a public service officer he’ll probably be like loco and we’ll have something like this!!! omg 😭😭😭 pic.twitter.com/ciMdGlmwyb

i had this image too once i got to know he will be public service officer hhhh 🤚🏻 pic.twitter.com/6uk2De8bRL

today’s mood can be perfectly summarized by jongin crying and whining and telling junmyeon to stop talking because his words kept making him cry more :( pic.twitter.com/wMx6WxaXza

okay but junmyeon going into public service might just be a blessing in disguise the man can’t see sh!t how can they let him be near a gun 😭 pic.twitter.com/l88VieyBrb

I’m really crying what will the exos do without junmyeon 😭 pic.twitter.com/v6pG8faPeV

how i imagine junmyeon would look like with kyungsoo and minseok in the military pic.twitter.com/FvntHmkaV8

Suho made the solo album “Self-Portrait” as a present to his fans before his enlistment. The singer wrote lyrics for the album and actively participated at every stage of its creation. Upon release, it entered the US World Albums chart in 13th place.