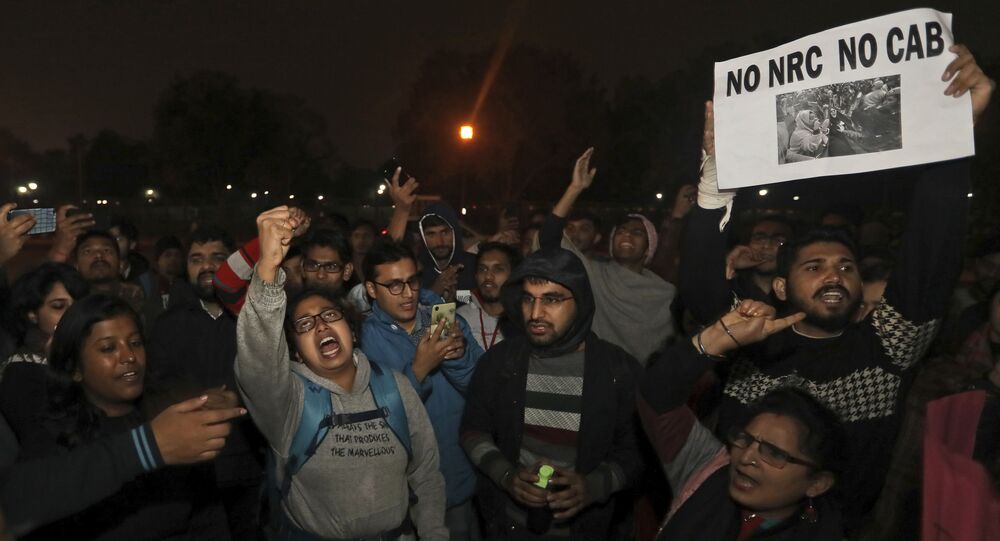 NEW DELHI (Sputnik) - Pakistani Prime Minister Imran Khan has no legal recourse to criticize new Indian legislation that will give people not born in Jammu and Kashmir the right to become permanent citizens of the disputed territory, a spokesman for the Indian Ministry External Affairs said in a statement.

“We have seen the intemperate remarks by Pakistan Prime Minister Imran Khan on India. With regard to the Indian Union Territory of Jammu & Kashmir, it is very clear that Pakistan has no locus standi whatsoever on any aspect pertaining to it,” Ministry of External Affairs spokesman Raveesh Kumar said in a statement.

Kumar called on Islamabad to refrain from interfering in what New Delhi considers to be its internal affairs.

“Repeated attempts to interfere in India’s internal affairs will not make its untenable claims any more acceptable,” the statement read.

On Thursday, Khan slammed the new legislation, termed the Jammu and Kashmir Reorganization Order 2020, on Twitter, calling the Indian government “racist” and claiming that New Delhi was exploiting the global COVID-19 pandemic to push the legal changes through.

On Wednesday, the Indian government approved a change to residency laws in Jammu and Kashmir, allowing people who have lived in the territory for 15 years to apply for permanent residency.

In recent months, the region has once again become a global flashpoint after India stripped the state of Jammu and Kashmir of its partial autonomy in August and divided the region into two union territories under the control of the Indian federal government.

Islamabad downgraded diplomatic ties with New Delhi and expelled the Indian high commissioner in the country in response to the revocation of the territory’s special status.