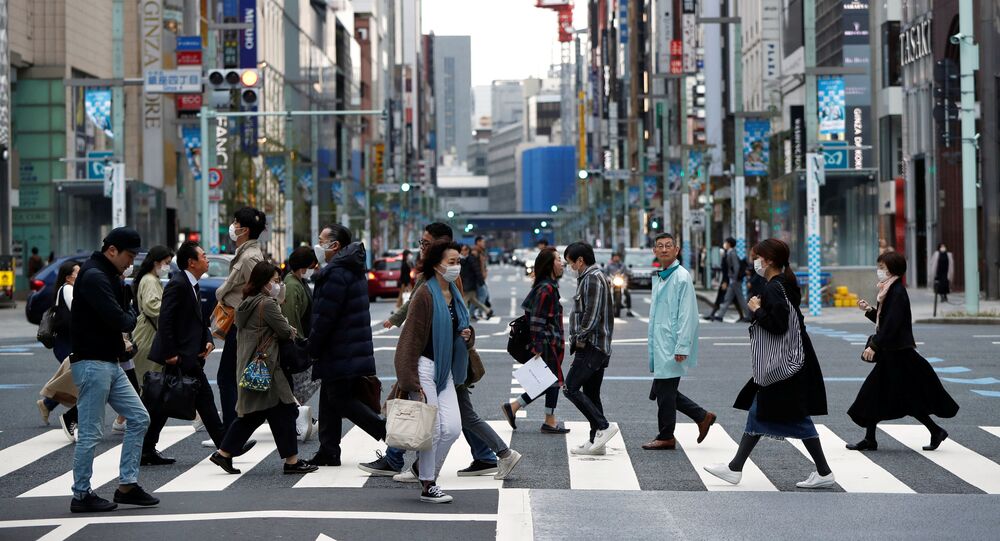 Japan on Brink of Emergency Amid COVID-19 Outbreak - Reports

On Monday, Japanese media reported that the national government was planning to widen its coronavirus-related entry ban to include the US, China, South Korea, and most of Europe.

On Wednesday, a government spokesperson said that the country remains on the brink of a state of emergency as the rate of disease infections continues to rise nationwide, the Japan Times reported.

Chief Cabinet Secretary Yoshihide Suga announced that the government would do "whatever is needed" to minimize the economic impact after an earlier poll showed a pessimistic turn in sentiment among manufacturers due to the outbreak.

Economy Minister Yasutoshi Nishimura has added that the government would hold a regular experts' meeting on the coronavirus pandemic later in the day for an update on the latest developments regarding the disease. According to the minister, Japan was not yet ready to declare a state of emergency.

Japan has restricted entry to those who have visited China’s Hubei province or the South Korean city of Daegu, the epicenters of the outbreaks in the respective countries. Additionally, visitors from the United States have been required to self-isolate for 14 days upon arrival in the country.

The World Health Organization data shows that nearly 2,000 people in Japan have been infected, while 56 people have died from the new coronavirus.

On the national scale, according to the Johns Hopkins University count, over 2,200 coronavirus cases have been confirmed and 66 people have died from COVID-19. At the same time, more than 400 people have fully recovered from the disease.