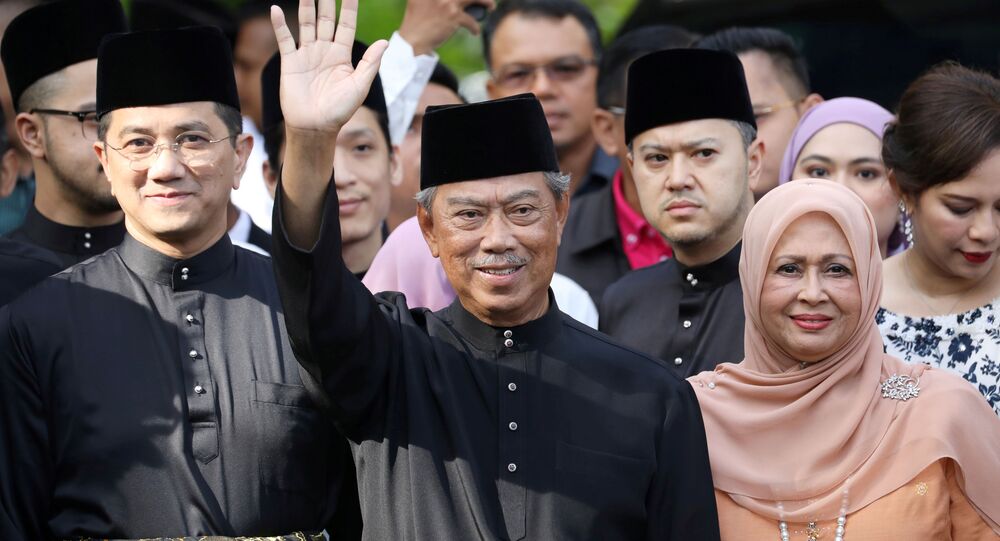 MOSCOW (Sputnik) - Former Malaysian Interior Minister Muhyiddin Yassin has been appointed as the country's new prime minister after a week of turmoil following his predecessor's resignation, media reported on Saturday.

On Monday, 94-year-old Mahathir Mohammed, the ex-prime minister, triggered a political crisis in the country when he abruptly resigned and toppled the fragile ruling coalition, dubbed Pakatan Harapan. His stated goal was to negotiate a wider unity coalition which included powerful opposition parties, but his coalition partners deemed it a move to rob his rival and coalition partner Anwar Ibrahim of a promised premiership after Mahathir stepped down.

According to The Guardian newspaper, citing the royal palace, Muhyiddin will be sworn in on Sunday. The palace added that "the process to appoint the prime minister cannot be delayed because the country needs a government for the wellbeing of the people and the nation," as quoted by the newspaper.

The new prime minister's coalition is largely presented by the country’s Muslim majority and includes the United Malays National Organisation (Umno), the scandal-plagued party of the disgraced sixth Prime Minister Najib Razak. Umno lost majority in the 2018 general elections for the first time in 60 years, as Najib and his allies were allegedly involved in the 1MDB embezzlement scandal.