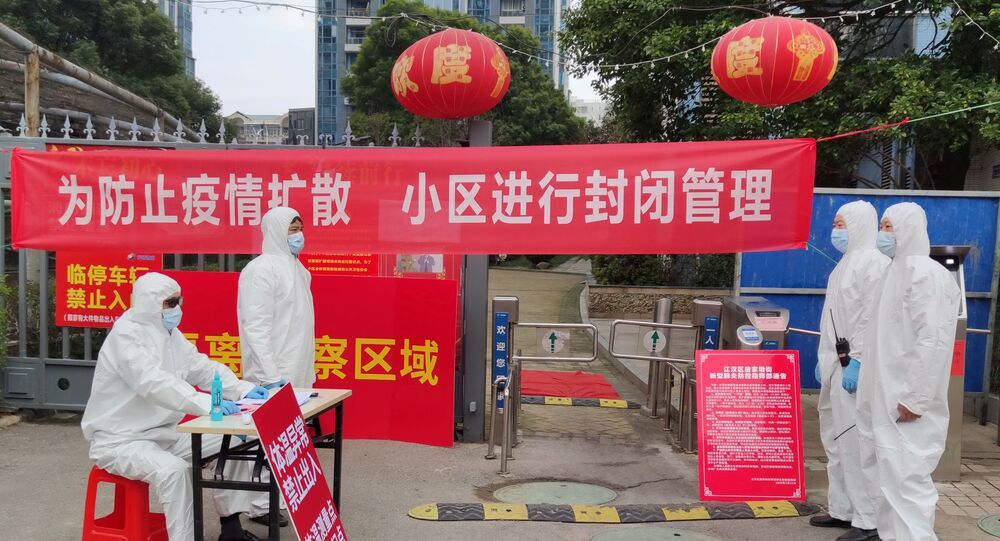 An outbreak of pneumonia caused by a new strain of coronavirus was first registered in the Chinese city of Wuhan, in Hubei province, last December, and has since spread to more than 30 countries worldwide.

The number of people who have died from the novel coronavirus in mainland China has risen to 2,442, a total of 76 936 have been infected, and 22,888 discharged from hospitals, China's National Health Commission said on Sunday.

"At 04:00 on 22 February, 31 provinces (autonomous regions, municipalities) reported 648 new confirmed cases and 97 new deaths (96 in Hubei, and 1 in Guangdong)", the official statement said.

Of the 51,606 who are currently being treated for pneumonia caused by the new coronavirus, 10,968 are in grave condition.

In Hubei province, the death toll rose to 2,346, with a total of 64,084 infected, the regional health committee said on Sunday. A total of 15,299 patients have recovered, it added. 630 new cases were registered in the province on 22 February.

Chinese Vice Minister of Science and Technology Xu Nanping said that the earliest vaccine for coronavirus would be submitted for clinical trials is late April.

The World Health Organisation (WHO), which designated  COVID-19 as the official name for the new virus, declared a global health emergency over the coronavirus outbreak. So far, at least 15 people have died from coronavirus outside China, according to Worldometer.