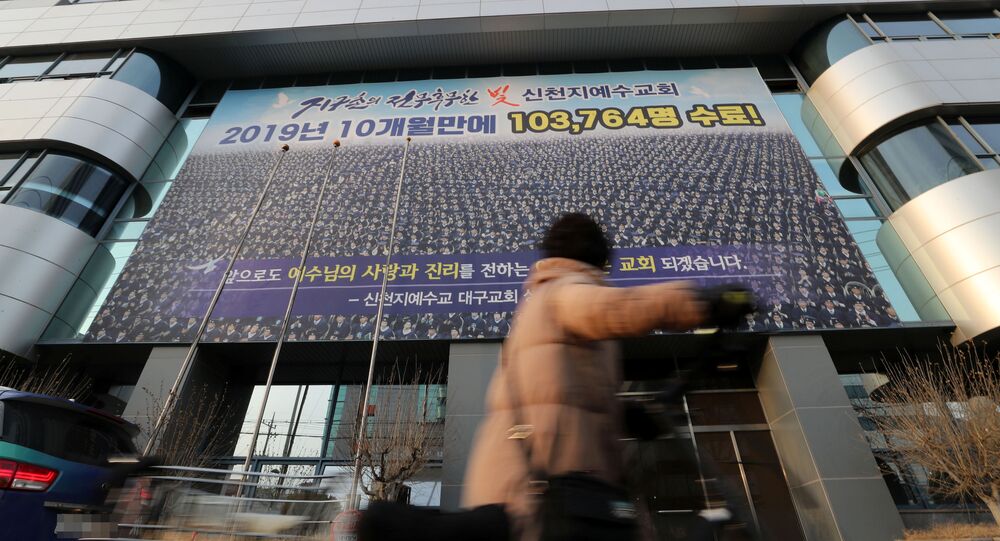 An outbreak of pneumonia caused by a new strain of coronavirus originated in the Chinese city of Wuhan, Hubei province, last December, and has since spread to more than 25 countries worldwide.

South Korea has registered 52 new cases of the novel coronavirus, bringing the total number in the country to 156, the Yonhap News Agency reported on Friday citing the Korea Center for Disease Control and Prevention.

Most of the cases are related to church services in the city of Daegu, in the southeast of the country, the agency added. Out of the 52 new cases, 41 were registered in Daegu. Another three cases were identified in the capital of Seoul.

Earlier on Thursday, South Korea reported its first death from the new virus.

In response to the outbreak, Daegu has implemented numerous measures to prevent the spread of the coronavirus, including isolating soldiers at military bases. The local mayor has urged people to stay in their homes and even wear medical masks indoors.

The novel coronavirus was first registered in China's Hubei province and has since claimed the lives of at least 2,236 people in mainland China, with a total of 75,465 infected so far.

The World Health Organisation (WHO) declared a global health emergency over the outbreak.