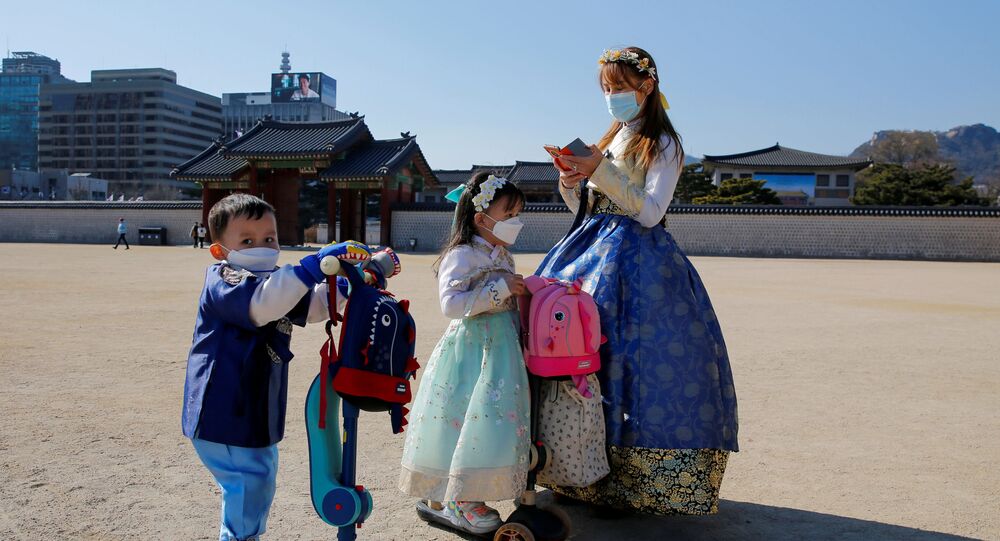 MOSCOW (Sputnik) - South Korea will soon bring an outbreak of a deadly new strain of coronavirus that originated in China in late December under control, allowing the country to refocus its energy on reviving the economy, President Moon Jae-in said on Thursday.

"COVID-19 will be terminated (in South Korea) before long," Moon said, as quoted by the agency.

The president added that medical officials will diligently continue their work to control the spread of the outbreak, but called on lawmakers and business leaders to focus their attention on the economy.

"Now, it's time for the government and business circles to join forces and revive the recovery trend of the economy," Moon stated.

As part of efforts to give a boost to the economy, Moon pledged to create more jobs through investment opportunities, while also giving support to private firms by offering tax incentives and reforms to regulations.

Moon was speaking at the South Korean Chamber of Commerce and Industry in the capital of Seoul, and stated that quarantine methods enacted to contain the spread of the novel strain of coronavirus, which the World Health Organization has called COVID-19, have stabilized the situation, the Yonhap News Agency reported.

The number of confirmed cases of the novel strain of coronavirus increased rapidly earlier on Thursday, after medical health officials in Hubei province, the epicenter of the outbreak, refined their diagnostic criteria.

According to the latest official data, over 60,000 confirmed cases have been reported worldwide, resulting in the deaths of more than 1,350 people. A total of 28 cases have been confirmed in South Korea so far.