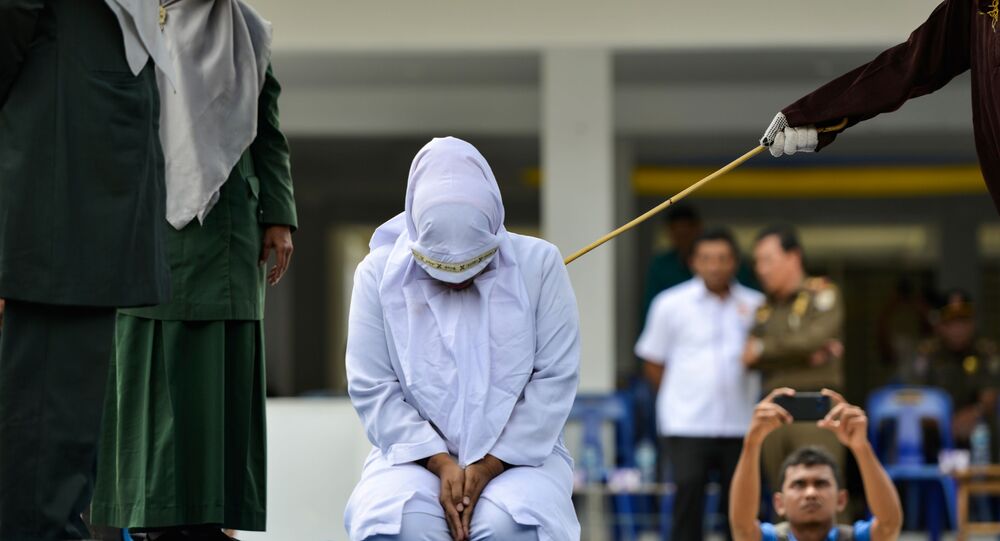 Indonesia’s Aceh province has established a new, eight-member female flogging unit to carry out public whippings against women who violate the region’s Sharia, or Islamic law, according to a report by AFP.

One of the new female Sharia officers delivered her first public flogging on Tuesday in Banda Aceh, the province’s capital city. The offender was an unmarried woman accused of being in a hotel room with a man. According to an AFP report, the female Sharia officer, who was wearing a cloth mask and a full-body uniform, showed some hesitation before flogging the offender.

"I think she did a good job. Her technique was nice," the Banda Aceh Sharia police chief investigator, who is identified just as Zakwan, told AFP.

The head of Banda Aceh's Sharia Implementation Unit, identified only as Safriadi, told AFP that the female officers were trained in the correct technique to limit injuries and “have no mercy for those who violate God's law.”

"We're not aiming to hurt people by whipping them. The most important thing is the shaming effect on violators and spectators so they don't do it again,” he is quoted as saying by AFP.

Under Sharia, drinking alcohol, adultery, homosexuality, gambling and any displays of affection outside of marriage are outlawed. Aceh is the only Indonesian province to officially enforce such a code, even though other districts across Indonesia are also implementing Sharia-influenced laws.

Human Rights Watch (HRW) has repeatedly demanded that the Indonesian government eradicate Sharia in Aceh, warning that it is on the rise in the province.

According to HRW, more than 530 people have been publicly flogged for various violations of Sharia in Aceh since 2015, when the province’s Islamic criminal code was enacted.

Drake Trolls Hecklers After Being Booed Off Stage at Tyler, the Creator’s Camp Flog Gnaw Festival