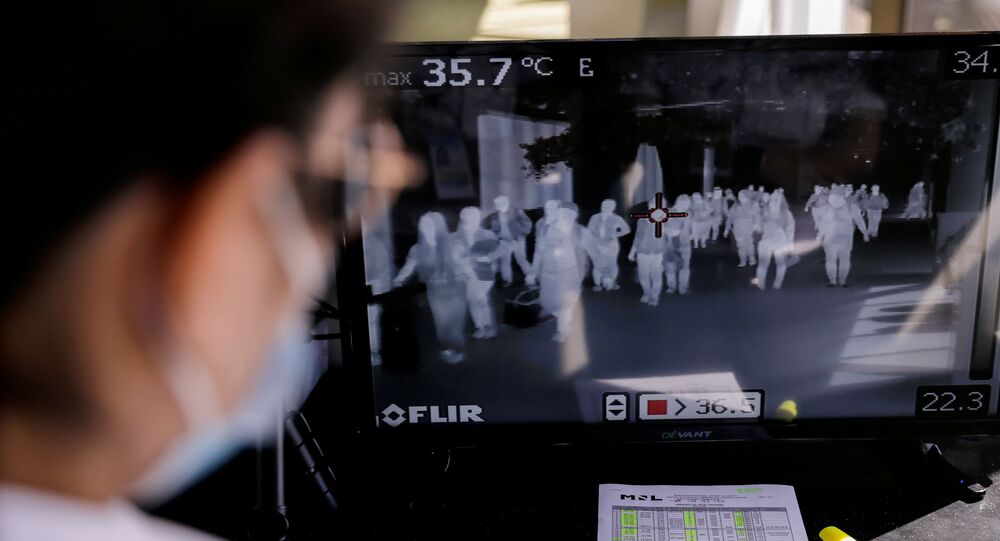 MOSCOW (Sputnik) - The Philippine aviation authorities on Thursday banned all flights to and from the Chinese city of Wuhan, the origin of an outbreak of a new coronavirus that has already spread to at least four other countries, the Philippine ABS-CBN broadcaster reported, citing the Civil Aeronautics Board.

According to the broadcaster, after a special meeting on Thursday afternoon, the Civil Aviation Board decided to suspend all flights between Wuhan and all cities in the Philippines indefinitely. In addition, the country's airlines implemented special precautionary measures, including jet disinfection, and checks on protective equipment and flight crew health.

The unknown type of viral pneumonia was first reported in Wuhan in early January and has since been confirmed by China and the World Health Organisation to be a new strain of coronavirus, currently being labelled as 2019-nCoV or Novel Coronavirus.

© Photo : Ndemic Creations/Plague Inc/screenshot
Plague Inc. Goes Viral: Digital Pathogen Simulator Spreads Across China Amid Coronavirus Outbreak
The virus has also been detected in the United States, Japan, South Korea and Thailand. At least 17 people have died and over 600 have been infected so far.

In addition to the Philippines, other countries around the world have also been taking precautionary measures at their respective airports. Wuhan has already banned local residents from leaving the city and stopped all transportation. China’s Transport Ministry has also ordered the suspension of all passenger buses and ferries going to the infected city, saying that those already on their way must immediately turn back.