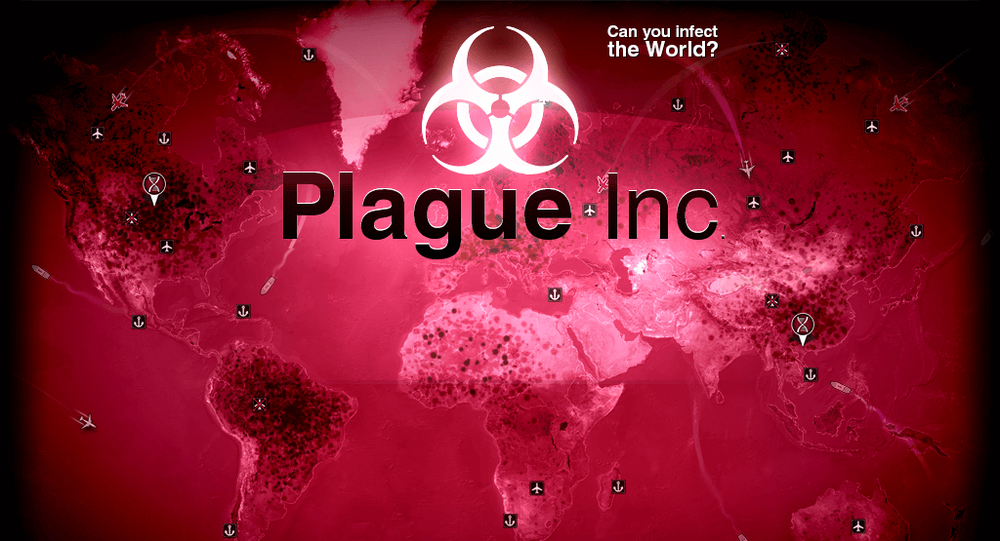 The popularity of the game about deadly infections ravaging the Earth also reportedly spiked in 2014 during the Ebola virus outbreak in Africa.

It appears that the recent emergence of a dangerous new coronavirus in China has sparked the local public’s interest in a certain gaming app that deals with deadly diseases wiping out the human race.

The game in question, “Plague Inc.”, which is available on mobile phones and on PC, essentially allows a player to select from a wide variety of pathogens and to essentially control their evolution from the moment of patient zero’s infection, with the ultimate goal of most scenarios being the destruction of mankind.

According to the New York Post, data provider Sensor Tower revealed that “Plague Inc.” reigned as the No.1 paid Apple app in China as of 22 January.

Daniel Ahmad, a senior analyst at Niko Partners who covers the video games market in China and Asia, also appeared to confirm this development on Twitter.

China’s health commission confirmed recently that the Wuhan coronavirus, a new pneumonia like disease, had spread to around 300 people.

This news has caused Plague Inc, a strategy game about a deadly plague that infects the world, to reach #1 on the paid iOS game chart in China. pic.twitter.com/DioBtyP2RB

​As the newspaper points out, downloads of “Plague Inc.” also apparently soared during the Ebola virus epidemic in Africa in 2014.

The game’s developers, a UK-based studio called Ndemic Creations, tweeted on 22 January that they do get “a lot of questions” regarding the coronavirus outbreak, with at least one person responding to their tweet comparing said outbreak to the game.

This outbreak reminds me so much of Plague Inc. In fact, I feel like I'm in plague inc, and that kinda scares me.

​The new strain of coronavirus, named nCoV2019, emerged in the Chinese city of Wuhan in December, and has since claimed the lives of at least 17 people in the country.

As of 22 January, officials confirmed over 600 cases of coronavirus, most of them in mainland China, though some cases have been reported in Thailand, Japan, South Korea, Hong Kong, Taiwan, and the United States.