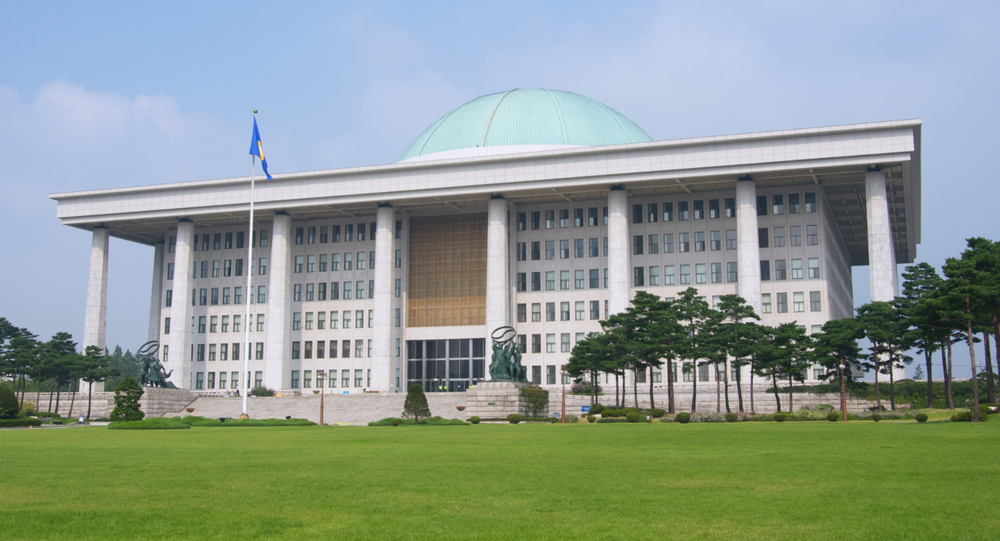 MOSCOW (Sputnik) - A bill to establish a new investigatory unit to probe corruption by public officials was passed by South Korea's National Assembly on Monday amid protests by opposition politicians who argue that President Moon Jae-in could influence the unit by choosing its leader, media reported.

According to the Yonhap News Agency, 159 members of the 295-member assembly voted in favour of the proposals to establish a corruption probe unit that will have the power to investigate and indict officials on corruption charges. The unit will not be under the authority of public prosecutors.

A seven-member committee has been tasked with recommending a unit chief to the president. Moon will then appoint one of the recommended candidates, pending a parliamentary confirmation hearing. According to the agency, South Korea’s public prosecutors will be obliged to share all information on suspected corruption crimes with the news agency.

Opposition South Korean lawmakers protested Moon’s potential control of the unit’s chief and the sharing of information. Kwon Eun-hee of the minor opposition Bareunmirae Party put forward a proposal that would give the new unit only the power to investigate, not indict, officials that have been accused of committing corrupt acts.

The move to create a separate corruption investigatory unit follows a number of scandals involving high-profile officials. In April 2018, a South Korean court sentenced impeached ex-President Park Geun-hye to 24 years in prison and increased the term to 25 years in August of that year.

This year, a high-profile corruption investigation targeted former Justice Minister Cho Kuk and former vice-mayor of the city of Busan Yoo Jae-soo. Cho is alleged to have unexpectedly terminated an investigation into 49.5 million won ($42,804) in bribes that Yoo is claimed to have accepted while he served as director general of the state financial regulator Finance Services Commission in 2017. Yoo became vice mayor of Busan a year later.