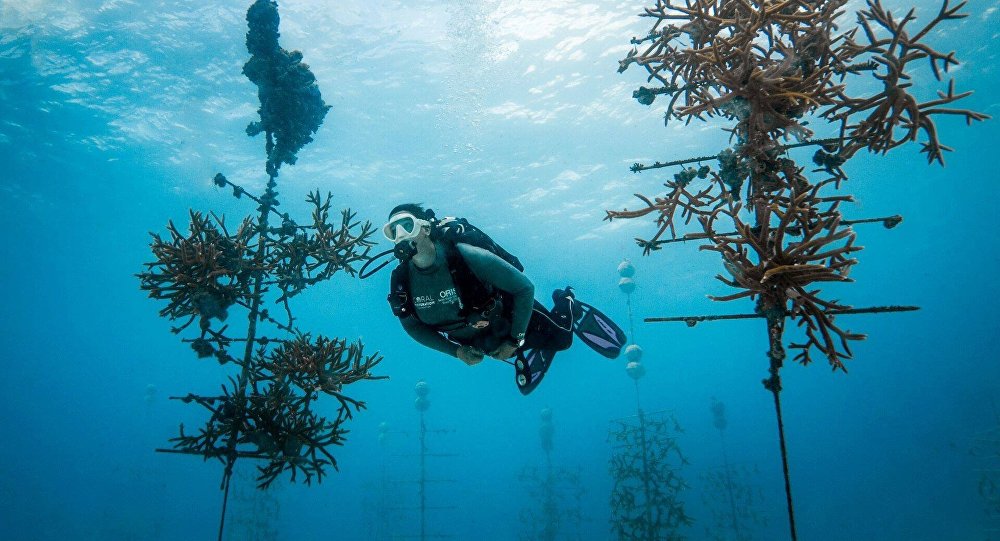 Earlier, a similar blob developed in an area of the Pacific Ocean near Hawaii, threatening to repeat a 2014-2015 marine heat wave event which ended up bleaching Hawaii’s Hanauma Bay of about ten percent of its corals and fisheries, wreaking havoc on the area's ecosystem.

The blob, whose central hot spot features temperatures of up to 4 degrees Celsius above the average normal temperatures of 10-15 degrees, was formed thanks to an overabundance of clear skies and weak winds, according to scientists.

“It’s just a patch of water that’s had a lot of sunny skies and not much wind,” Victoria University climate researcher Dr. James Renwick said, speaking to the New Zealand Herald.

“Sea temperatures don’t actually vary too much and a degree, plus or minus, is quite a big deal and this area is probably four degrees or more than that above average and that’s pretty huge,” the academic added.

Renwick suggests that the blob’s epicenter could be as much as six degrees warmer than average, meaning water temperatures there are between 16 and 21 degrees Celsius, meaning they reach temperatures found in the Tropics.

An abnormal heat blob in SST appears to the east of New Zealand. pic.twitter.com/1mgamGxTvp

According to the professor, the patch of warmer-than-average water should be broken up as it is taken by currents toward South America, but “may get reasonably close” to New Zealand’s coast if it does not break down over the next month or so.

Renwick clarified to the Herald that the blob was not global warming-related, with such patches a relatively common occurrence.

Still, if the marine heat wave continues to intensify and expand, it could lead to the destruction of broad swathes of the local marine ecosystem.

Starting in late 2013 and continuing into 2014 and 2015, huge blobs of hotter-than-average waters in several areas of the Pacific off the coast of North America had a devastating impact on local algae and zooplankton, which affected the fish, sea lions and bird wildlife higher up the food chain, and bleached local coral.

A similar blob formed in the Pacific this past September, hugging sea lions and whales against the coast of California, and bleaching corals off the Hawaiian Islands.