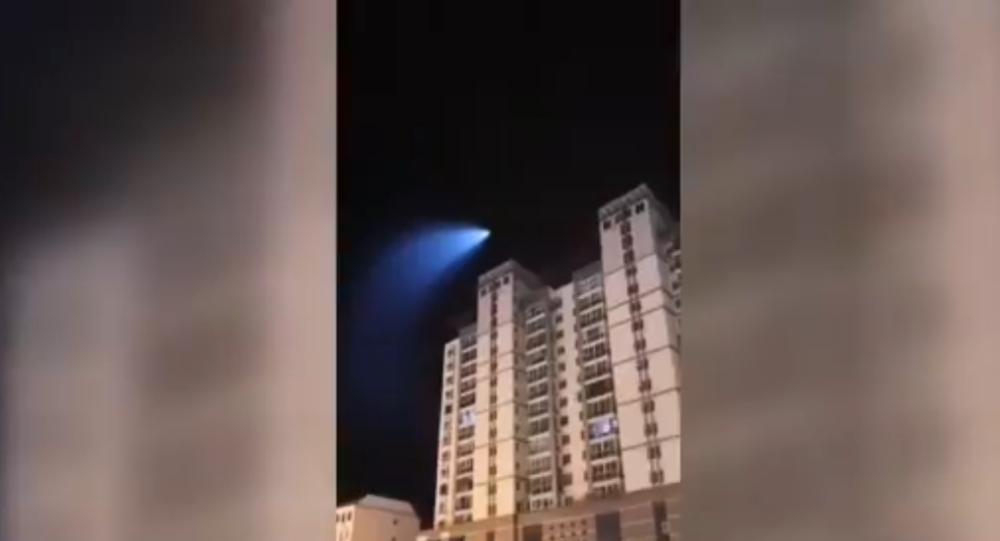 Net users then began to report an unnatural-looking cloud in the sky,  likely the vapour trail left by the unidentified flying object.

A luminous flying object seen by many in Beijing on early Monday morning was likely a #rocket being launched: report https://t.co/o8BcKUSINe pic.twitter.com/RLHxqXxbyP

​Photos showed a long linear cloud luminous during sunrise, evolving into a multi-colour ribbon across the sky.

The Beijing Meteorological Service was quick to respond, saying on its Sina Weibo account that the cloud was likely the contrail left by an aircraft.

Aerospace Knowledge magazine reported later in the morning in its WeChat account that the trail could be that of a rocket.

What people saw in the sky was likely the result of sunlight reflecting off aluminium oxide particles in the sky, Aerospace Knowledge reported, citing experts.

Particles are produced during combustion of solid rocket fuel and usually meet little resistance in the upper atmosphere, stretching for kilometres. Winds blow the contrail into twisted shapes.

A similar rocket trail was seen in Beijing on 7 December, when China launched six satellites on a Kuaizhou-1A rocket from the Taiyuan Satellite Launch Center in North China's Shanxi Province.

A planned rocket launch early Monday morning had not been announced as of press time.

According to a navigation notice released by the Maritime Safety Administration of China, a designated sea area was restricted due to military exercises from 20 to 27 December.

The notice did not elaborate on the substance of the exercises.

China reportedly conducted a submarine-launched ballistic missile test in June, which caused a similar phenomenon witnessed by many.